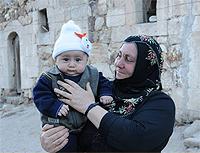 Mesothelioma is a cancer of the cells that line the chest and abdominal cavities. It results in one of the most aggressive types of tumors, and current median survival from diagnosis is just twelve months. Exposure to airborne asbestos or erionite particles increases one's risk of developing mesothelioma.

While the stats are bleak, progress is being made.

Dr. Carbone, director of the UH Cancer Center, and colleagues including Drs. Haining Yang and Giovanni Gaudino, have made a series of recent scientific breakthroughs that will lead to new ways to prevent and treat the disease.

The recent $3.58M gift to the UH Cancer Center will help them remain at the forefront of thoracic oncology research.

Dr. Carbone and colleagues have studied mesothelioma for more than a decade. Significant findings have come from studies conducted in the villages of Capadoccia, a region of Turkey. Dubbed "death villages," nearly 50% of the area's residents develop and die of mesothelioma.

The epidemic is caused by exposure to a fiber called erionite that is even more potent than asbestos in causing mesothelioma. Erionite is a naturally occurring mineral found in rock formations and homes built of rock material in the region. The team's findings led to a response from the Turkish government that included building the villagers new homes and a regional health center to conduct treatment.

Dr. Carbone and collaborators will conduct a clinical trial co-sponsored by the Early Detection Research Network of the U.S. National Cancer Institute and the Turkish Ministry of Health to validate serum biomarkers they discovered for the early detection of mesothelioma.

"This generous gift is critical to support our efforts to generate discoveries that will aid in the prevention of mesothelioma and the development of new therapies."

In 2010 Dr. Carbone reported new findings describing potential erionite exposure in the U.S. (Nature, Dec. 16, 2010). Collaborating with scientists at the Environmental Protection Agency and the National Institutes of Health, they found evidence of erionite in rock materials used to pave roads in North Dakota and other states. Public health concerns have been raised and the team's examination continues in partnership with the EPA. The National Institutes of Health has planned a conference this fall to discuss potential public health issues related to erionite exposure.

The UH Cancer Center is currently constructing a world-class research facility in Honolulu, scheduled to open in 2013. It has launched efforts to raise private support for the development and expansion of its research expertise and programs.

To learn more about the UH Cancer Center, visit www.uhcancercenter.org.