Time magazine named Dr. Jennifer Doudna one of the 100 most influential people in the world.

Rolling Stone included her in its Women Shaping the Future issue, saying she helped make a discovery “that could change life on Earth.”

Yet the Hilo High School graduate tells the New York Times, “I still think of myself as that person back in Hawai‘i.”

She returned to Hawai‘i in September 2018 to open the Rose and Raymond Tseng Distinguished Lecture Series at UH Hilo as its first presenter.

“It was an honor,” Doudna says. “I’m grateful for my upbringing in Hilo. My father was an English professor at UH Hilo. He provoked my curiosity in science.

“This interest was also encouraged by my Hilo High science teacher and by the chance to work in a UH Hilo biology lab.”

Doudna spoke about her journey into science, leading to her co-development of CRISPR-Cas9 technology, which enables scientists to edit the DNA of any organism at minimal cost.

“I was very pleased to see Jennifer Doudna selected as the first lecturer,” she says.

Doudna, like Tseng, forged a career in science, and she is a professor at U.C. Berkeley, where Tseng received her master’s and PhD.

“She has strong roots in Hilo, where her parents were both distinguished, fondly remembered members of the UH faculty,” Tseng says.

“And she’s working in a field with broad implications for the future of science and society.”

The Tseng lecture series brings leaders from around the world for presentations on topics such as international women’s leadership, science and culture, and indigenous culture and languages.

“We wanted to leave something behind to benefit the campus and community where we were so at home,” says Tseng.

“Ray and I made the initial gift to launch the endowment, but dozens and dozens of our friends and neighbors on the Big Island—and on the mainland and around the world—also contributed in our honor.

“These additional donations enabled the fund to grow more quickly, assuring us that Hilo would host firsthand exchanges with global leaders sharing their wisdom.”

Tseng hopes that by bringing thought leaders like Doudna together with students and the community, the lecture series will inspire innovation and help UH Hilo become a more powerful economic engine for the state.

For young people considering careers in science, Doudna hopes they will go for it. “You may be frustrated at times,” she says, “but seek people who encourage you, as I found in Hilo.” 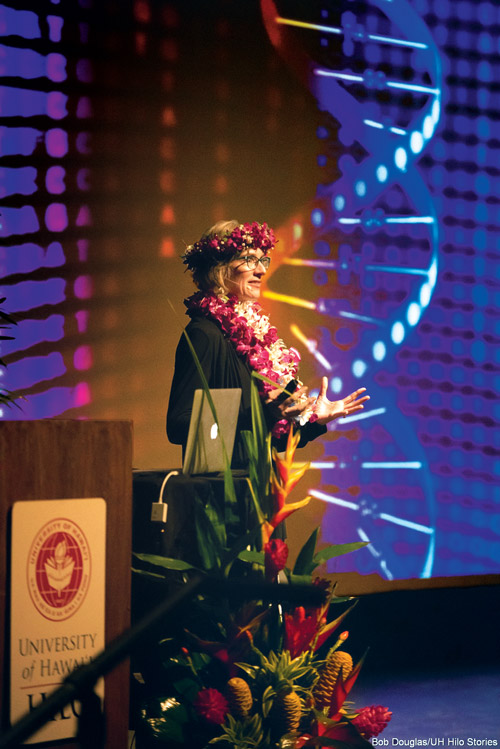 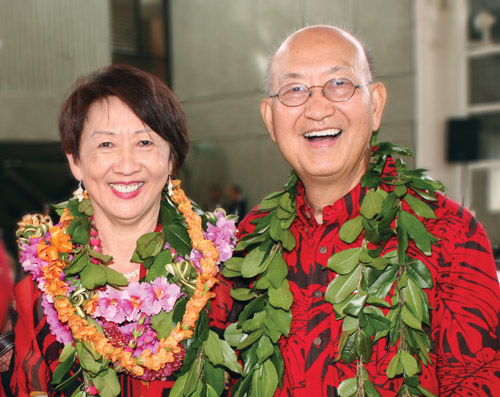