When Dr. Peter Castro was still an undergrad at the University of Puerto Rico, one of his professors, Dr. Jack Randall, was a University of Hawai‘i alum.

“He pushed me to apply to grad school at Mānoa,” says Castro, a retired professor of biology at California State Polytechnic University, Pomona. “I’d never been on a plane, I’d never left the island, and I was very green.”

Castro earned a teaching assistantship in the Department of Zoology and found himself immersed in Hawai‘i’s culture. “I didn’t have to wear shoes! It was wonderful. I wore shorts all the time. I had no time to learn how to surf or play the ukulele, though I did learn to body surf rather poorly.”

A great place to study

Most importantly, Castro earned his master’s and doctoral degrees at UHM. “Hawai‘i has been a very important part of my life. It’s where I truly grew up,” he says.

Castro did much of his growing up on Coconut Island, in O‘ahu’s Kāneʻohe Bay, the home of UHM’s Hawai‘i Institute of Marine Biology (HIMB) where he had many opportunities for research, meeting great people, and “lots of diving.”

He says, “As HIMB’s caretaker for a year and a half, I had a place to live and do my research for free. I did simple tasks and shuttled people to the island and back. Coconut Island was a great place to live.”

“Yet I never got to travel to the continental United States; I never went to a conference until I completed my degree there,” he says. “We just didn’t have the funding. We were really isolated. This is what the scholarship is for.”

“The summer programs are excellent ways for students and local researchers to expand their horizons. Way back in the Sixties, I helped with one of them. I know from experience how valuable they are.”

Castro made a donation to establish the funds, also pledging part of his estate to bolster his support for programs remaining close to his heart all these years later.

Castro hopes someday to retire fully in Hawai‘i. “I miss the Hawaiian culture,” he says. “The soul of the islands became part of me. It was the best time of my life.” 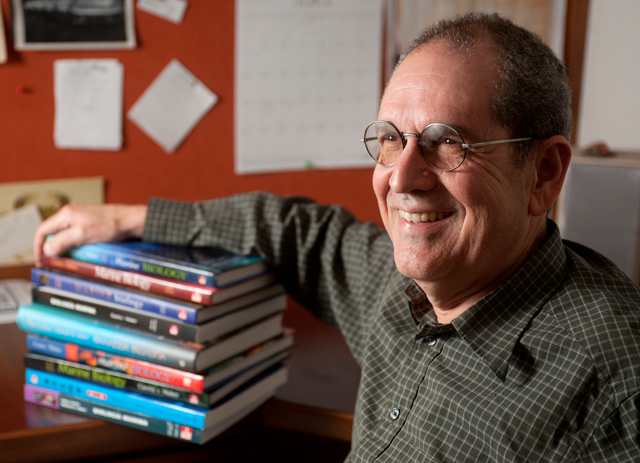 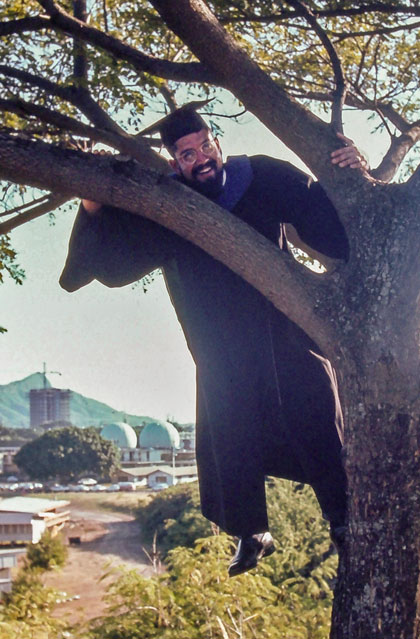