“Merriam had a great smile and a great personality, and she never had a bad word for anyone,” says Bill Olds. “No matter where she went, people wanted my wife involved in whatever they were doing.”

Bringing Hawai‘i to the world

As a young adult, she moved to Hawai‘i from her California home to help with family businesses. She assisted with her grandmother’s bridal shop and opened aloha apparel stores featuring the artistic creations of Alfred Shaheen.

In 1962, she represented Hawai‘i as a princess at Washington D.C.’s Cherry Blossom Festival, where Daniel Inouye, Hawai‘i’s first member of Congress, was her escort.

“It was three weeks of celebration,” she wrote years later, “including a dinner at the Lebanese embassy, a parade in an open car, a huge dinner at which I was the sole performer dancing hula, and a handsome U.S. Marine escort to each event. What an amazing experience!”

All this time, she shared hula around the world while generating interest in travel to Hawai‘i, as a promotional dancer for Hawaiian Airlines. She wrote, “We made $1 a year plus per diem when we traveled! It gave everyone the freedom to have full-time jobs, and most of our employers understood the value of our work.”

“We got along right away”

Merriam met Bill Olds, stationed in Korea with the U.S. Army, while he visited home in 1978. “Her aunt was married to my uncle,” says Bill. “They introduced her to me, and we got along right away. We were married the following year.”

Bill, a UH grad, later served as a professor of military science at UH Mānoa. He taught classes in psychology and ROTC, convincing head football coach Dick Tomey the discipline of military courses would be good for his players.

Merriam wrote, “Two of them became close to us: (future Super Bowl champions) Jesse Sapolu and Mark Tuinei. I was a devout Dallas fan, so I couldn’t have been happier when Mark joined the Cowboys!”

She shared her aloha, patriotism and love for Hawai‘i and the U.S. with senior Middle Eastern military and civilian officials—and their families—living in Egypt and the United Arab Emirates, where Bill was the senior military advisor with the U.S. embassies. She was often called upon to represent the embassies with the most senior diplomatic officials.

Merriam’s love for the Mānoa football players and their university continued for decades after. Although she never attended the school, she “took the ball and ran,” says Bill, when the couple started the Las Vegas chapter of the UH Alumni Association.

“Right away, she became a leader, especially in fundraising. She spread the good word about UH and convinced a lot of students to go to UH.”

Merriam will continue to influence UH students into the distant future, through a scholarship UHAA–Las Vegas has established in her name.

David Swanson, chapter president, says, “All of us on the board literally came up with the idea at the same time after learning of Merriam’s death in late 2020. She did so much, and we all knew she was the spark giving the chapter life.”

“She was constantly on the lookout for fundraising opportunities, and would organize and coordinate each event or endeavor,” says chapter treasurer Jerry Seo. He said she took charge of the chapter events like the annual stew night and Christmas dinner.

“She was tireless in her work, and persuasive in her efforts to get people to help. And she did this all with a smile and cheerful spirit,” Seo remembers. “Future scholarship recipients should know how unselfish she was. She truly wanted to help them.”

“I was just a good old island boy who made friends,” says Bill, “but she had the Aloha Spirit. There was nothing selfish about her.” 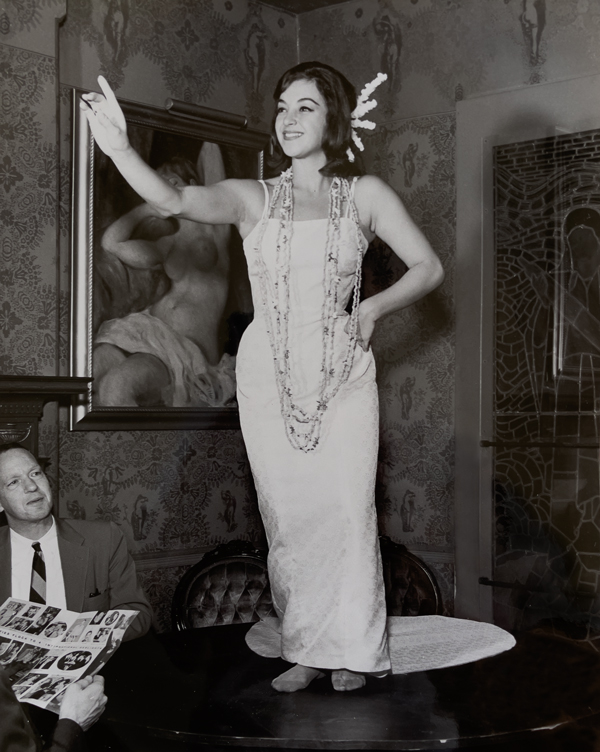 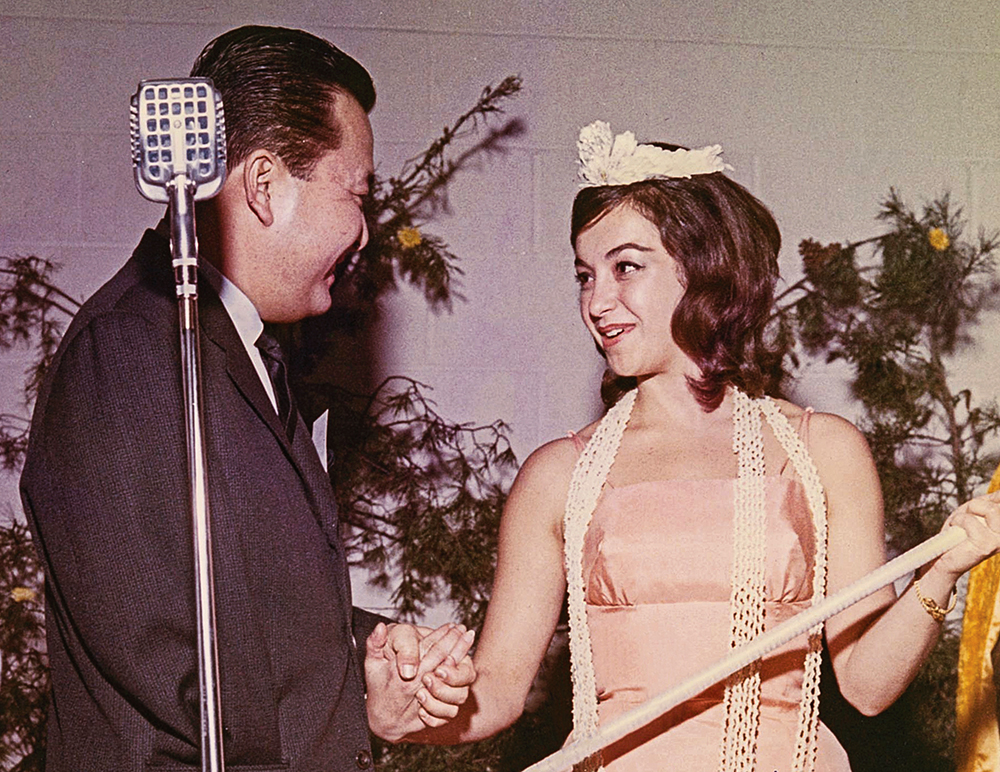 Merriam with Daniel Inouye at the National Cherry Blossom Festival in 1962 in Washington, D.C. 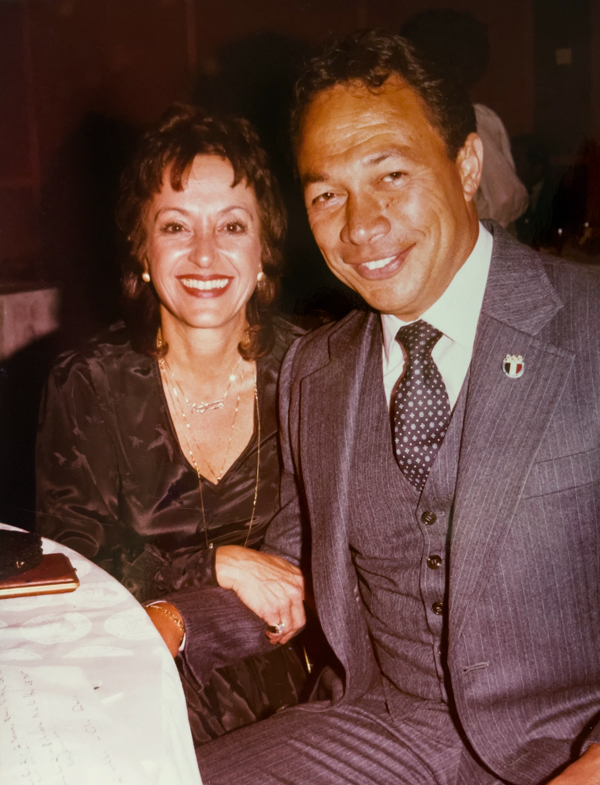 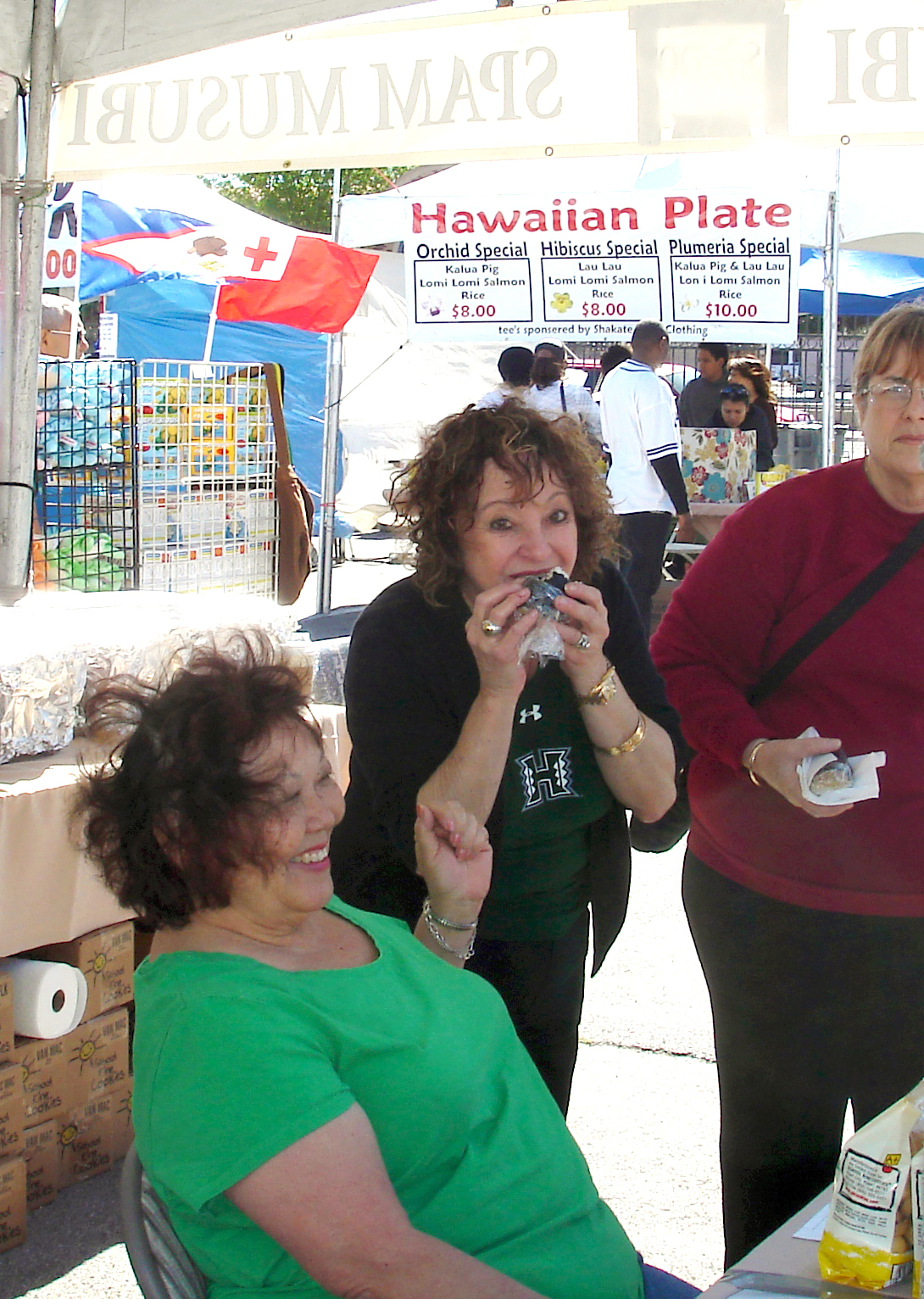