“I was terrible at talking to people,” says UH Mānoa junior Maria Ena Rose Bartolome, a student fundraiser in the University of Hawai‘i Foundation’s Student Calling Center. “I wasn’t connecting with people over the phone, and I was awkward.  It took me two weeks to get my first pledge.”

Maria is one of two dozen fundraisers every evening asking for contributions for research, scholarships and enrichment funds.

“She struggled at first,” recalls UHF associate director of annual giving Ty Yamaguchi, “but she took the initiative to come in for extra one-on-one training. She stuck with it, and two years later she’s on our $100,000 Wall of Fame.”

Maria moved to Hilo from the Philippines when she was four years old. “Family and education were top priorities in my life,” she says. “I had parents, aunties, uncles, cousins and a brother pushing me to be my best.” A basketball player throughout her youth, she never imagined she’d enter a scholarship pageant, yet she was crowned Miss Hawaii Island Filipina shortly before beginning her studies at UH Mānoa.

She says, “I learned to be myself, and to be beautifully confident, but what interested me was the scholarship. I didn’t want to burden my family with my college tuition.”

Although she’s a public health major, Maria’s still exploring her career path. Several times each semester, UH chancellors, deans, and other administrators visit the call center from the university’s ten campuses to share their visions with student fundraisers. These short presentations, meet-and-greet pizza dinners, and question-answer sessions give students a firm idea of what they’re raising funds toward. Two years in the call center have opened up more possibilities than Maria had considered.

Telephone conversations with alumni and other members of the University of Hawai‘i family help Maria to discover their stories. She challenges herself to connect their interests with related UH funds, explaining, “Everyone has money to spare for coffee or lunch, so why not help them give to something they are passionate about?”

“Maria is a hard worker and intentional learner who continues to set a higher standard for her own performance,” says UHF director of annual giving Dale Hagadone. “Raising $100,000 in two years is a highly coveted achievement. With her grace and positive attitude, she makes it easy for donors to support the school.”

More than a way to earn a paycheck, Maria’s work is an opportunity for growth and service. “I’m communicating, working with people, networking, and developing leadership skills,” she says. “Plus, we are on a mission. A lot of students won’t have what we have if these people don’t donate. It’s rewarding when people understand why their help is so important.”

Connection is a shared experience, Maria says: “Many donors, when they hear my story, want to contribute for students like me, people aiming for something greater who need financial assistance. Sometimes people give to the programs we fundraisers are in, rather than the programs they graduated from, once they hear our story.

“It’s a good feeling, but I think I could do so much more. I want the college deans to know their pizza isn’t wasted!” 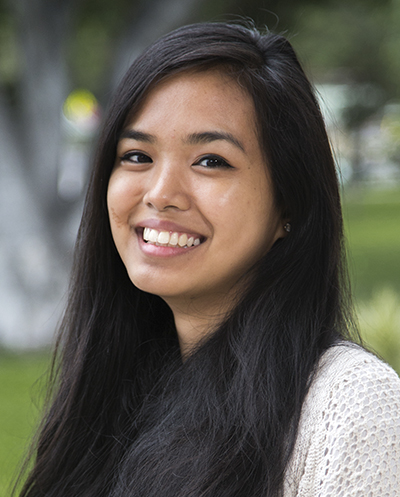 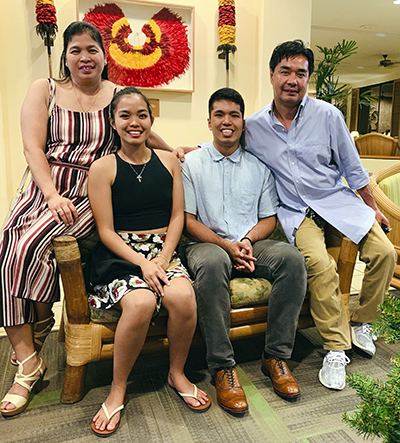 Maria and her family 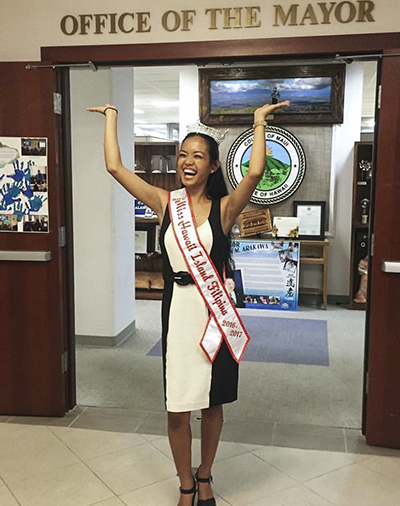