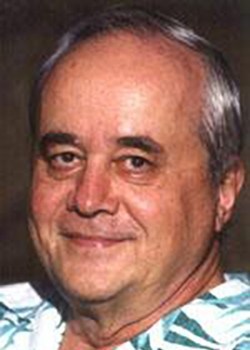 In the 1950s, Bender served as language advisor to the director of education of the Trust Territory of the Pacific Islands (Micronesia) before joining UH Mānoa in 1964. He was then responsible for the development of Peace Corps language lessons for the Marshallese language in the late sixties and collaborated on the development of the original proposals that resulted in the Bilingual Education Project for Micronesia, which brought almost $1 million of external support to the UH from 1974 to 1982. He was also a consultant to the New Zealand Council for Educational Research in the late sixties on issues in Māori education.

Bender’s overall career in linguistics at UH spanned from 1964 until his retirement in 1999. He served as chair of the Department of Linguistics from 1969 to 1995 and is credited with the discovery of unique and distinctive aspects of the sound system of the language of the Marshall Islands. Bender produced a Marshallese–English dictionary together with three co-authors from the islands.

For almost six years in the 1980s, he was a weekly columnist on university issues for Viewpoint on radio station KHVH. In 1987, he was appointed by the governor to the Hawaiʻi Public Employees Health Fund Board, where he served for eight years. During the last four, he was chair of the benefits committee and vice chair of the board. He served for 16 years on the Board of Directors of the UH Professional Assembly, including six as president, and six years on the UH Mānoa Faculty Senate Executive Committee. After retirement, in 2003 he was appointed to the UH Board of Regents where he served through June 2008.

“Byron Bender gave so much to the University of Hawaiʻi. His work as a scholar and teacher connected us to our Pacific brethren, and his remarkable legacy of service strengthened the community and fabric of the university,” said President David Lassner. “His voice was soft, but his words always had meaning and impact. Our deepest condolences go out to Lois, his entire family and his many UH colleagues.”

Kapiʻolani Community College Chancellor Louise Pagotto said Bender was pivotal in her academic and professional life. She wrote, “(In 1982) Dr. Bender enticed me into focusing on Marshallese by telling me that he had hundreds of Marshallese sentences on computer tape and a full concordance of every word in every sentence. I was sold! Fieldwork for data collection would be minimized. Almost 30 years after I completed the 700-page dissertation on Marshallese verb subcategorization, Dr. Bender came back to me and let me know that he would name me as third author on the Marshallese Reference Grammar, published in 2016.”

Pagotto continued, “I’ve not known a more gracious, more steadfast individual. With compassion, Dr. Bender guided my professional development, introducing me to (Marshall Islands President) Hilda Heine, who was then the President of the College of the Marshall Islands, to help me get a summer job teaching at the college and continuing my research. When the check from the Marshallese government arrived only a few days before my scheduled departure—too late to cash it before leaving—Dr. Bender loaned me the money so I could travel. In his presence, I learned to be quiet, not to fill the silence with words.”

Bender is survived by his wife, Lois, five children and four grandchildren. Private services will be held. Donations may be made to the Alfred Capelle and Byron Bender Endowed Scholarship Fund at the UH Foundation.