Perhaps no one has done more to ensure the economic, educational and cultural vitality of Hawaiʻi than U.S. Senator Daniel Inouye. A decorated war hero of the famed 442nd Battalion in World War II, he returned to graduate from the University of Hawaiʻi in 1950. In 1959, he became Hawaiʻi's first congressman and served in the U.S. Senate until he passed away in 2012.

In 2005, Senator Inouye and his beloved wife, the late Maggie Inouye, established the Dan and Maggie Inouye Distinguished Chair in Democratic Ideals at UH Mānoa. To date, more than 100 donors have contributed to the fund, creating an impressive $3 million endowment.

The Chair holders are selected based on their commitment to democratic ideals and the importance of public life. The position is shared by the William S. Richardson School of Law and the Department of American Studies.

The role of the Dan and Maggie Inouye Distinguished Chair is to educate and inspire students and the broader community through courses, lectures and seminars. 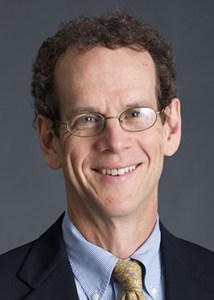 David Cole, National Legal Director of the American Civil Liberties Union, is one of the 2019 Dan & Maggie Inouye Distinguished Chairs in Democratic Ideals.

Cole supervises a network of nearly 2,000 attorneys and oversees more than 1,400 state and federal lawsuits. He has litigated extensively before the U.S. Supreme Court and has won important cases on immigration, free speech, education and extrajudicial detentions.

He is the George J. Mitchell Professor in Law and Public Policy at Georgetown University, an influential essayist and the author of several award-winning books: Less Safe, Less Free, Enemy Aliens and No Equal Justice.

As the Dan and Maggie Inouye Distinguished Chair in Democratic Ideals, Cole will speak on assaults on civil liberties in Washington, from immigrant rights to LGBT equality, as well as his views on necessary steps to preserve the vitality of American democracy. 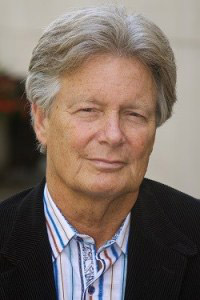 An award-winning scholar of American history, slavery and abolition, piracy, social, cultural and labor history, Marcus Rediker, is the spring 2019 Dan and Maggie Inouye Distinguished Chair in Democratic Ideals. Rediker, who is also a documentary filmmaker, has authored and edited many books, including award-winning The Many-Headed Hydra (2000), Slave Ship (2007), The Amistad Rebellion (2012) and, most recently, The Fearless Benjamin Lay (2017).

He is currently Distinguished Professor of Atlantic History at the University of Pittsburgh. Rediker has been active in social justice and peace movements, such as the worldwide campaign to end the death penalty.

As the Dan and Maggie Inouye Distinguished Chair in Democratic Ideals, Rediker will spend the entire spring semester at UH Mānoa, teaching a graduate seminar, “Writing History from Below,” in the Department of American Studies.

For 45 years, Walter has worked at the epicenter of a great social movement alongside visionary tribal leaders and political advocates, including Senator Daniel K. Inouye, and was instrumental in the passage of landmark legislation, such as the Native American Graves Protection and Repatriation Act (1990) and the American Religious Freedom Act Amendments (1994). He litigated in many of the epic struggles and has written extensively about the rise of modern Indian nations as a Native American author with first-hand experience, such as his groundbreaking book, In the Courts of the Conqueror: The 10 Worst Indian Law Cases Ever Decided (2010), and more recently, In Light of Justice (2013),’’

Ai-jen Poo, an award-winning social innovator, thought leader and author, is the co-director of Caring Across Generations and director of the National Domestic Workers Alliance, one of the partner organizations of the Women’s March on Washington. Poo’s early organizing led the way to the passage of the nation’s first Domestic Workers Bill of Rights, the 2010 historic legislation that extends basic labor protections to more than 200,000 domestic workers in New York state. In 2011, Poo co-created the national Caring Across Generations campaign to ensure access to affordable care for the nation’s aging population and access to quality jobs for the caregiving workforce.

Poo’s numerous accolades include recognition as one of the Fortune.com World’s 50 Greatest Leaders in 2015, a 2014 MacArthur Foundation “genius” fellow, a 2013 World Economic Forum Young Global Leader, and one of TIME magazine’s 100 Most Influential People in the World in 2012. She serves on the Board of Directors of Momsrising, National Jobs with Justice and Working America. Her book The Age of Dignity: Preparing for the Elder Boom in a Changing America, was reviewed by the New York Times.

Chris Eyre, award-winning director and producer of more than 15 feature films, was the fall 2017 Dan and Maggie Inouye Distinguished Chair in Democratic Ideals. An enrolled member of the Cheyenne and Arapahoe tribes, Eyre was until recently chair of the film school at Santa Fe University of Art and Design. His film, Smoke Signals (1998) was the first feature film directed by a Native American to receive a national theatrical release. Upon the release of Skins (2002) starring Graham Green, People Magazine called Eyre “the pre-eminent Native American filmmaker of his time.” Eyre’s numerous accolades also include being named a 2007 USA Rockefeller Foundation Fellow.

Past Chair Holders Include

Angela Davis is a renowned American political activist, scholar and author. Davis’ rise to the national scene came in 1969, when she was removed from her teaching position in UCLA’s philosophy department due to her social activism and membership in the Communist Party, USA. A year later, she was placed on the FBI's Ten Most Wanted List on false charges and was the subject of an intense police search that drove her underground, culminating in one of the most famous trials in recent U.S. history. During her 16-month incarceration, a massive international Free Angela Davis campaign was organized, leading to her acquittal in 1972.

Professor Davis’ long-standing commitment to prisoners’ rights dates back to her involvement in the campaign to free the Soledad Brothers, which led to her own arrest and imprisonment. Today she remains an advocate of prison abolition and has developed a powerful critique of racism in the criminal justice system.

A prolific writer and lecturer, she is currently a distinguished professor emerita in the History of Consciousness and feminist studies departments at the University of California, Santa Cruz.

Antonio A. Oposa Jr. is one of Asia’s leading voices in Environmental Law. His work is internationally known for establishing in the Philippines’ highest Court of Law the principle of inter-generational responsibility. His enforcement work has earned him the prestigious TOYM (The Outstanding Young Man) of the Philippines award and the highest UN recognition in the field of the Environment—the UNEP Global Roll of Honor. He has organized and led enforcement operations against environmental crime syndicates. In 2008, after a ten-year legal battle against twelve Philippine government agencies, he won an unprecedented case compelling these agencies to clean up Manila Bay. (Photo provided by Spencer Kimura)

John Sayles is an award-winning director, writer, actor and author. He is credited with writing and editing most of his projects, including his latest film, Go For Sisters, and his recent historical novel, A Moment In The Sun. Sayles supports his directing career as a “writer for hire” in Hollywood. His book Thinking In Pictures: The Making Of The Movie Matewan, is still taught in film classes. He wrote and directed several films that have been nominated for Academy Awards, including Lone Star and Passion Fish. Sayles also directed three music videos for Bruce Springsteen’s Born in the USA, I'm on Fire, and Glory Days.

Christina D. Romer is the former first chair of President Obama's Council of Economic Advisors, a New York Times columnist and professor at UC Berkeley. She is an expert on macroeconomic volatility and the causes of the Great Depression. The recipient of numerous awards, she is a member of the American Academy of Arts and Sciences. Professor Romer received her Ph.D. from MIT and is the Class of 1957-Garff B. Wilson Professor of Economics at UC Berkeley.

W. S. Merwin has been a force in American poetry for 60 years, beginning when W. H. Auden selected his first collection, A Mask for Janus (1952) for the Yale Series of Younger Poets. Though his style has evolved much over his long career, he has remained influential, receiving nearly every major award for poetry, including two Pulitzer prizes: in 1971 for The Carrier of Ladders, and in 2009 for The Shadow of Sirius. In 2010, W. S. Merwin was appointed the 17th United States Poet Laureate.

Richard Parsons is the former Chairman of the Board of Directors of Citigroup Inc. and was on the Obama transition team's Economic Advisory Board. He is the former Chairman of the Board and CEO of Time Warner, Inc. and led Time Warner’s turnaround, setting the company on a path toward achieving sustainable growth. Mr. Parsons’ civic and non-profit commitments include Co-Chairman of the Mayor’s Commission on Economic Opportunity in New York and service on the board of Howard University. Mr. Parsons received his undergraduate education at the University of Hawai‘i at Mānoa and his legal training at Union University's Albany Law School.

Ngugi wa Thiong'o of Kenya, whom UH Mānoa American Studies professor David Stannard described as "a freedom fighter whose chosen weapon is words" is a leading novelist whose popular Weep Not, Child (1964) was the first major novel in English by an East African. As a teenager, Ngugi and his family were imprisoned, along with more than a million of Kenya's Kikuyu people during the uprising against British colonial rule. Somehow, he was able to acquire a high school and later, a college and postgraduate education.

During his time as a professor at the University of Nairobi, he wrote a scathing account of the post-colonial regime entitled Petals of Blood. He was arrested, and spent nearly a year in solitary confinement. On his release, he left his home, and Africa.

In the years that followed, he has lectured throughout Europe and the United States. Despite all he has endured, Ngugi remains an optimist in the struggle for justice.

Frederick Wiseman, often described as one of the world's greatest documentary filmmakers was the second person to hold this academic position. A Yale Law School graduate, he has been awarded six honorary doctorates in fine arts and humane letters. Among his awards are the Lifetime Achievement Award at The Chicago International Documentary Festival, 2007; and the American Society of Cinematographers Distinguished Achievement Award, 2006. His documentaries have featured schools, psychiatric hospitals and legislatures.

Dr. John Hope Franklin, the first chair holder in 2007 is a celebrated historian of American history and the African American experience. He was born in 1915, just 50 years after the abolition of slavery. He learned the power of words, ideas and the value of hard work from his father, who practiced law and his mother, an elementary school teacher.

Dr. Franklin is world renown for his published masterpiece, From Slavery to Freedom: A History of African Americans. He served on the team that developed the 1954 Supreme Court decision ending the legal segregation of black and white children in public schools. Dr. Franklin has lectured all over the world, fostering political and social change.