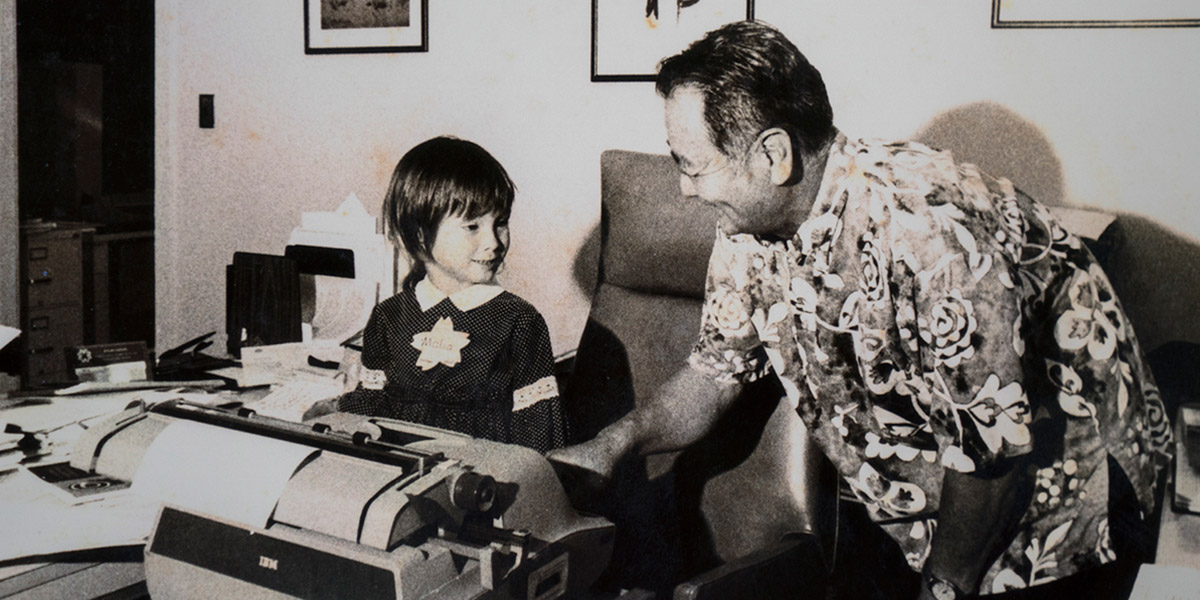 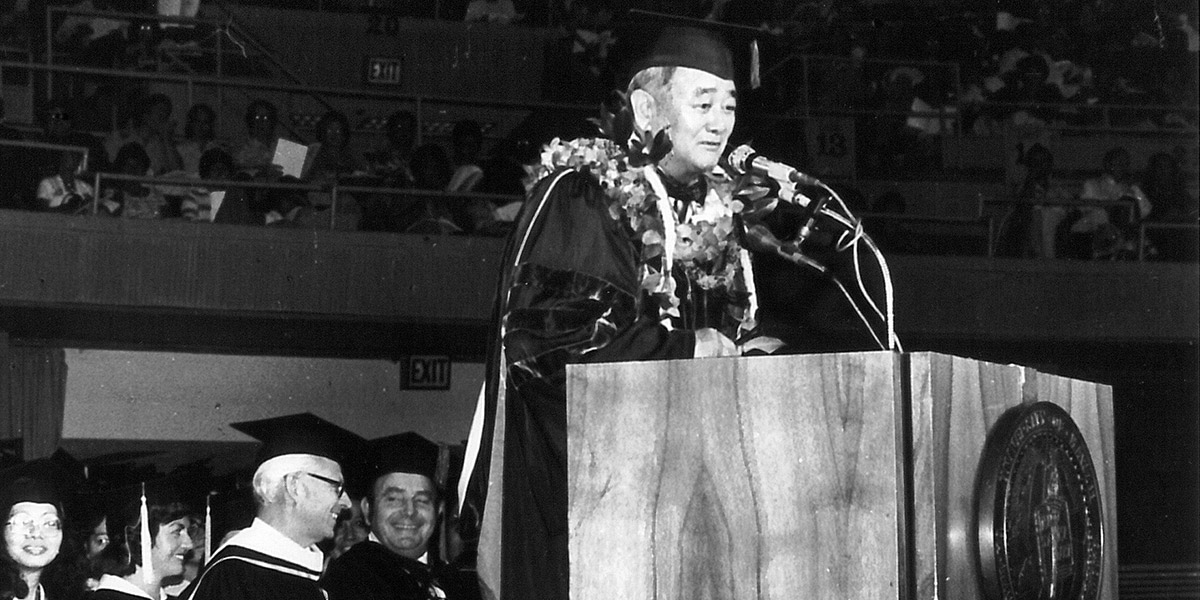 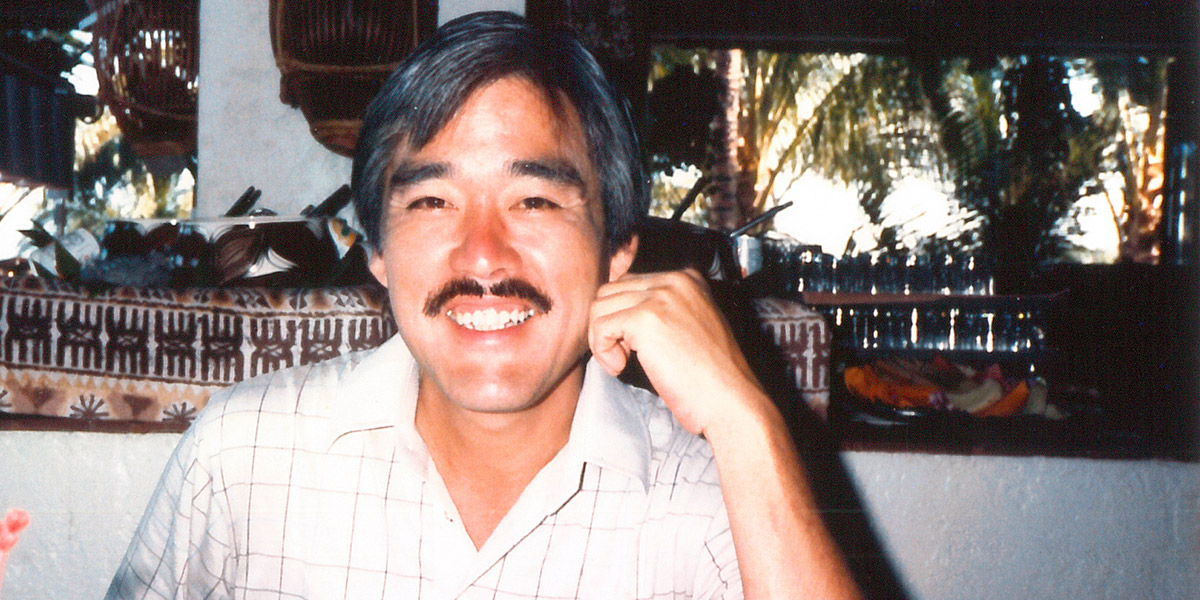 “My grandfather liked an underdog, and was always rooting for the little guy,” said Malia Reeves. “He believed that higher education should be accessible to those who desired it. Some of my earliest memories of my grandfather are of sitting on his lap while he typed away on his old manual typewriter, preparing his next day’s lecture. He took great pride in his work, and he wanted to ensure that anyone with a desire to learn was given the opportunity.” 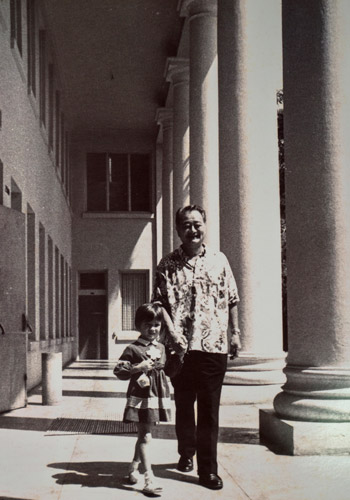 Douglas Yamamura dedicated his life to education. He attended the University of Hawai‘i at Mānoa in the 1930s. He was a principal and teacher at Waialua High School on O‘ahu, Hāna High School on Maui, and Kāpapala School on Hawai‘i Island. He earned his doctorate from the University of Washington, then returned to Honolulu where he was an education professor and head of the sociology department at Mānoa. From 1975 until his retirement in 1978, he served as Mānoa’s chancellor.

Reeves said, “One of my grandfather’s former students visited my grandmother, after he passed away in 1981. This young man saw their address in the obituary and wanted to pay his respects in person. He told my grandmother how much my grandfather had helped and encouraged him. His visit left a lasting impression on our family. This is one reason my late uncle, Paul Yamamura, felt it was important to establish a scholarship in my grandfather’s name.”

Paul Yamamura was the youngest of the three Yamamura children.  He “practically grew up at UH,” according to Reeves. He attended and graduated from the University Laboratory School in the late 1960s, earning his bachelor’s degree from Mānoa, and law school there in the 1970s. He lived in Mānoa and practiced law in Honolulu until his death in 2016. His kind and generous nature, along with his profound love and respect for his father, fueled his desire to create the Douglas Yamamura Scholarship Fund.

“Uncle Paul and Grandpa were very close,” said Reeves. “They both had great senses of humor and both wanted to make a difference. They carried a deep pride in UH. My uncle was the baby of the family, and would sometimes go to work with my grandpa when he was off school. He loved UH. Establishing this scholarship was the only thing he asked me to do for him when he passed.”

“I am honored and humbled to bring this to fruition,” said Reeves. “I hope the Yamamura legacy continues to help students further their education and achieve their goals. My grandpa was a very humble man, and I know he probably wouldn’t care much for the pomp and circumstance of such an illustrious thing as a scholarship in his name. He would just be happy to know that it would help someone else. But I know it was important to Uncle Paul to remember and honor him like this. I am proud of them both and I miss them so much.”

The Douglas S. Yamamura Scholarship Endowment supports undergraduate research scholarships at UH Mānoa, and was made possible by a heartfelt bequest from the estate of Paul T. Yamamura.