How did UH Mānoa come to own the finest Ryukyuan (indigenous Okinawan) collection of materials in the United States? An English ex-patriot in Kyoto, Japan, an astute UH Mānoa professor, the curators of Japanese collections at Hamilton Library, the son and daughter-in-law of the English ex-pat, and Hawaiʻi's Okinawan community all played roles in bringing hundreds of these materials to UH Mānoa’s Hamilton Library and ensuring their preservation.

The Sakamaki/Hawley Collection contains many materials dating from the 1400s to the 1960s about the Ryukyus and Okinawa.

Frank Hawley collected over 2,000 items during his 30 years of living in Japan. The majority of the items are in Japanese, but there are also materials in various European languages, Chinese, and Ryukyuan language (Uchinaguchi).

The collections are in different formats such as western binding, Japanese traditional binding books, maps, scrolls, wood-block prints, hand written manuscripts, etc. They are now in the rare book cage at the Asia Collection of Hamilton Library. 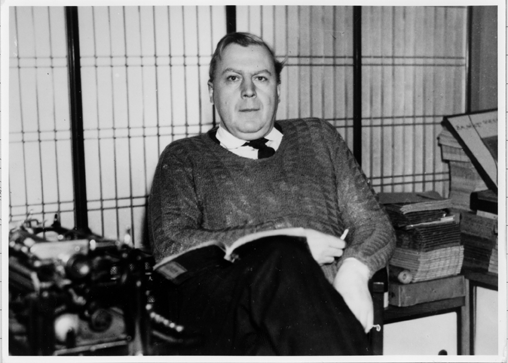 In 1931 British linguist Frank Hawley arrived in Japan to teach language at the Tokyo College of Foreign Studies. He acquired more than 17,000 items before his collection was confiscated and relegated to the Japanese Enemy Materials Library in 1941. Forced to return to England during the war, Hawley came back to Japan in 1946 and petitioned for the return of his materials. Almost half of the materials had been destroyed by fires from Allied bombing. Despite the loss, he began adding to his collection and focused on obtaining items on Okinawa/Ryukyu -- materials that had become even more precious because most rare books in collections in Okinawa were destroyed during World War II.

Half an ocean away, a professor of Japanese history at the University of Hawaiʻi shared Hawley’s passion for Ryukia and started his own collection of books and documents. Dr. Shunzo Sakamaki joined the UH Department of History in 1936. During his career, he worked to establish a Ryukyuan Research Institute, bringing visiting Ryukyuan Studies scholars, recruiting graduate students, and building his collection. 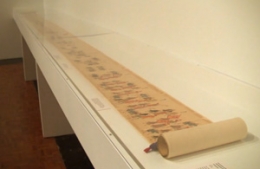 Dr. Sakamaki travelled to Tokyo in 1961 with $5,000, intent on purchasing more Okinawan documents. While he was there, Frank Hawley died suddenly and Dr. Sakamaki contacted the family to ask if he could buy his collection of Ryukyuan materials. They agreed on a price of $20,000. After an impassioned plea from Dr. Sakamaki, the university administration approved another $10,000 for the purchase
of the collection. The remaining $5,000 came from a bank loan with Warren Higa, then-President of the United Okinawa Association, co-signing.

In 1999, Tokiko Bazzell filled the Curator of Japanese Collections position at Hamilton Library. It became her responsibility to preserve and manage the Ryukyuan collection. Excited and somewhat overwhelmed, she wondered, “Where do I begin to manage a priceless collection when there are no funds for that purpose?”

Sitting at her desk pondering what to do, there was a knock at her door. There stood a man who introduced himself as Frank’s son John. He asked if he and his wife Deborah Rudolph could see his father’s collection while they were visiting Hawaiʻi. Bazzell opened the collection to them. When Bazzell explained her predicament in needing to manage the collection and not having the funding to adequately do it, Frank Hawley’s family gave her money to get started. John and Deborah have assisted as needed ever since.

Funding is always needed for conservation and restoration of library collections. Because of people like Frank Hawley and Shunzo Sakamaki, treasures of humanity’s past have been saved for our generation to protect and pass on to the next. Make a gift to the Sakamaki/Hawley Ryukyus/Okinawan Fund.

Tokiko Bazzell, Japan Specialist Librarian, Asia Collection, University of Hawaiʻi at Mānoa Library asked an Asian artifacts curator to assess the condition of the collection materials. He told her that four scrolls needed immediate restoration and should not be used in any way to prevent further damage until they were properly conserved.

With tenacity similar to Dr. Sakamaki’s, Bazzell raised more than $50,000 and thousands more in in-kind support to restore the scrolls over the next nine years. Donors were few at the beginning but increased over time. By the time Bazzell was speaking to the Hui O Laulima members' meeting about restoring the last scroll, members of the audience were coming to the podium with their contributions.

She made arrangements with the Tokyo National Museum to repair the first scroll. The next two were restored by the National Museum of Japanese History in part because they wanted to make a replica of the 1710 procession scroll for an exhibition but they couldn’t make a copy until the original was restored. 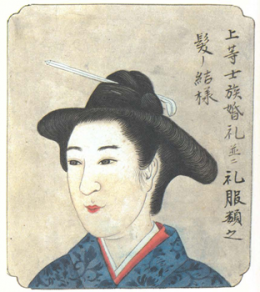 Fitting because of its origin, the last scroll was restored in Okinawa at the Okinawa Prefectural Museum and Art Museum. John F. Lundin of the Okinawa District International Council and Bob Nakasone were a tremendous help in opening doors for her there.

Funding is always needed for conservation and restoration of library collections. Because of people like Frank Hawley and Shunzo Sakamaki, treasures of humanity’s past have been saved for our generation to protect and pass on to the next.

Today, with enough resources, we can also digitize these materials making them available to anyone with internet access while still protecting the originals for traditional research purposes.