Alana Dung was with us for only three years, but her short life continues to affect others, decades after her death in 1997.

“Hawai‘i’s Little Girl” captured the hearts of Hawai‘i residents when, a month before her second birthday, she was diagnosed with a rare leukemia. Thousands of islanders lined up at bone marrow drives across the state in an effort to save Alana’s life.

In a Washington cancer research center soon after, Alana received her transplant from a bone marrow donor in Taiwan. She was well enough to return home, but she later suffered a relapse. Her immune system failed, and she died in her Nu‘uanu home at age three.

In a statement to the local press, her parents Stephen and Adelia said, “Alana was a courageous and spirited fighter to the end. We are hopeful that Alana’s life has brought to the forefront public awareness of leukemia and the need for public support to aid those who are afflicted with this disease.”

Alana’s courage inspired a local best-selling children’s book, a stage musical, and more than 30,000 of her neighbors to be added to Hawai‘i’s bone marrow registry, which until then had 16,000 names. The foundation bearing her name supports research to improve the quality of life for children with serious illnesses, and assists organizations working to eliminate suffering from terminal illnesses.

Now Alana’s impact will reach even further. The Alana Dung Foundation recently donated to the University of Hawai‘i Cancer Center for the development of its Early Phase Clinical Research Center (EPCRC) and Organoid Generation Facility. The EPCRC will be the first in the state and allow cancer patients to participate in Phase 1 trials without traveling to the mainland. The organoid generation facility will provide an invaluable resource to the biological study of cancers in minority populations with significant cancer disparities in Hawai‘i and the Pacific.

Access to early phase clinical trials in the state means some patients may receive innovative cancer treatments at home in Hawai‘i.

“My family and I are excited to carry on Alana’s legacy with support for the new Early Phase Clinical Research Center,” says Spencer Dung, Alana’s brother. “It will provide the people of Hawai‘i an opportunity to receive innovative and cutting-edge treatments here at home, an opportunity Alana didn’t have.”

Already, the UH Cancer Center has raised 70 percent of funds needed to build the EPCRC, thanks in part to Alana and her family. Soon, with a little more help, Hawai‘i will take another step toward relieving the suffering caused by this terrible disease. 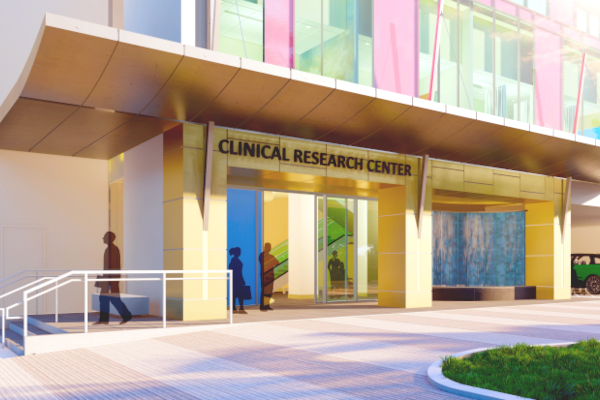