“I was stunned,” Les McCoy says about seeing Terri, a high school acquaintance he’d been out of touch with for 20 years. Les was in San Diego taking command of a naval aircraft squadron, and his brother invited some friends from high school.

“After the ceremony,” he says, “we talked for the rest of the day and all I could think was ‘Wow!’ We hit it off immediately, and I knew this was it. We dated exclusively and got married three years later.”

New assignments sent Terri and Les to Hawai‘i, Cuba, and Florida over the next several years. Terri liked Hawai‘i so much she hunted down a job in Honolulu for Les after his retirement from military service. He says, “She found a classmate of mine from 27 years before at the Naval Academy and told me to ask if his company had any jobs here. We returned to the islands, and I worked as a civilian contractor for eight years in Ballistic Missile Defense.” Les now works with Booz Allen Hamilton, where he’s been since 2015.

When Terri was diagnosed with breast cancer a few years ago, her assertiveness, religion and love for life took the lead as well, in ways Les wasn’t aware of until much later.

She wasn’t giving in 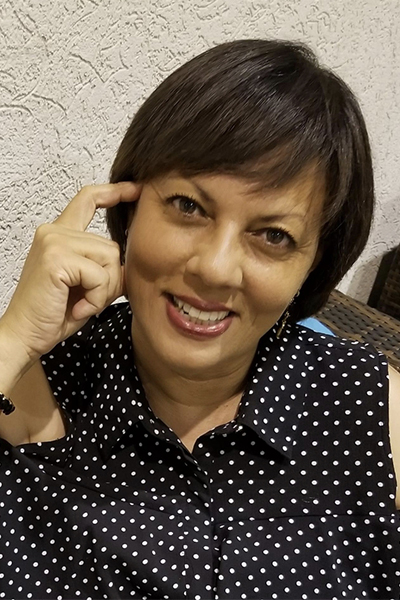 “One of the most devastating things to hear is when your spouse tells you they have cancer,” says Les. “She never told us what type of cancer she had or what the mortality rate was. Up until the day she died, she just would not accept it. She fought so hard; she impressed everyone with how strong she was, and she had a zest for life, refusing until her last breath to accept that she might die from this disease.”

Les says it’s times like this when you truly see a person’s character. “For 26 years I was a naval aviator,” he says. “In aviation, we find out what we’re made of when we have an in-flight emergency — we’re cool under pressure because that’s how we’re trained. That’s what she showed everyone around her. In extremis, she was determined to win, and she fought until the bitter end. Her life had to be taken from her because she wasn’t giving in.”

Even in great pain, Terri fought for life, says Les. “At the end, she chose not to take pain medication. They could control her blood pressure, but they’d have to take her off the pain meds. She said, ‘I want to live, and I will go off pain medication to keep myself alive.’ It was heartbreaking to endure. I couldn’t take it anymore, to watch her suffer like that.”

Les felt the best thing he could do so others might someday avoid Terri’s suffering was to leave a legacy in her name. The Terri M. McCoy Memorial Endowed Fund for Breast Cancer Research and Education will support research projects and community education at the UH Cancer Center, including projects relating to breast cancer risks and the importance of screenings.

“I couldn’t heal her. I couldn’t help her,” says Les. “I wanted to provide something so they could research this cancer, to educate women about this disease, to help other women so they wouldn’t have to suffer like Terri, and their families wouldn’t have to endure the crushing heartache I feel every day. We never discussed it, but I knew in my heart when she died, this is the kind of thing she would like to do. This is how she was made. If we can have an impact on others’ lives, I feel we’ve done well.

“I sat with her for three years at every chemo session, holding her hand and comforting her, but she never let me attend her meetings with the doctor after the very first conversation. She didn’t want anyone to know the extent of her cancer or what she was fighting against—that was how determined she was to protect me, her daughter Tami and grand-daughter Kyiah. Now, with this research fund, Terri can potentially provide countless women better odds of detecting and surviving this terrible disease.”