“We’ve just made two or three new discoveries, coming out in the next few months, that will shake the world of science,” says Dr. Michele Carbone, UHCC director of thoracic oncology. “Really, this is top-notch science, totally new ideas proven as facts, and some of the scientists who attended the Weinman Symposium are our co-authors.”

The Barry & Virginia Weinman Symposium at the UH Cancer Center is an international conference on cancer cell metabolism. In its 11 years, it has brought together international experts from different fields of science and medicine.

“Collaborators at other institutions helped us prove our ideas,” says Carbone. “The young researchers who did most of the experimental work to prove and disprove our ideas are post-docs and students in our lab who often work 36 hours straight and through the weekends.

"Sure, they love what they are doing, but they’re also excited about having the best scientists in the world asking them about their experiments! And they met each other at the Weinman Symposium.”

Barry and Virginia Weinman established the symposium after discussion with Carbone. “He wanted to focus UHCC on meritocracy and excellence,” says Barry Weinman. “Providing world-class researchers, many of them Nobel laureates, a forum for collaboration with their peers, Dr. Carbone attracts scientists from around the world. Bringing them to Hawai‘i, he exposes UH students, post docs, and local people to the best in the field of cancer research.”

Virginia Weinman says, “We are most pleased by the growing number of high school students who attend sessions and meet with the Nobel Prize winners and members of the National Academy of Science. Sharing a meal in the conference room, they ask questions and become inspired to consider careers in science.”

The Weinmans this year increased their financial support of the symposium.

“This is the premier scientific conference in Hawai‘i, and we’re very appreciative of the generous support Virginia and Barry provide, to ensure it continues launching partnerships and forming friendships for the advancement of medicine,” says Dr. Randall Holcombe, UHCC Director.

“The Weinmans are wonderful people, highly respected by the scientists who’ve attended over the years, and their presence makes the symposium a special event,” says Carbone. “Today I cooked pasta for my researchers to celebrate Halloween, after their long hours in the lab. Thanks to the Weinmans, we’ve created a team who is competing—and winning—with the best of the world.” 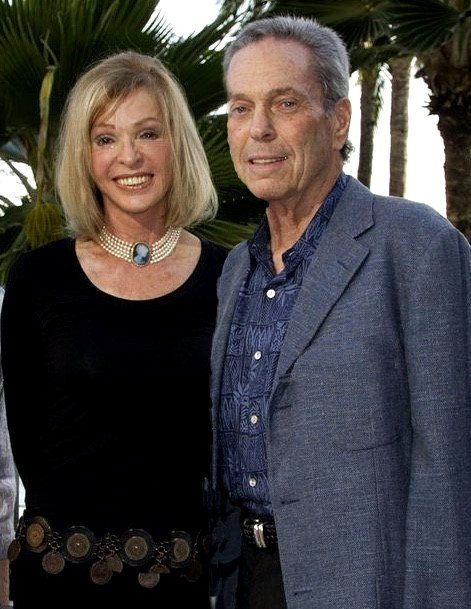