Hawai‘i Football—Warrior Nation is still at it.

The 4,700-member Facebook group raised thousands of dollars in 2012 to purchase knee braces for the Warriors’ offensive line. A few years later, it raised thousands more to assist with recruiting expenses.

Last year, the Warrior Nation Fund covered the cost of a new floor in the football team’s locker room. First-year head coach Todd Graham said the original floor had become “a health hazard and an eyesore.”

Super appreciation for a super fan

In a letter to superfan Tom Kitaguchi, who spearheads Warrior Nation’s efforts, Graham wrote, “Thanks to the funds you helped raise, the floor turned out great. It will be easier to keep clean and to sanitize, which is particularly important in our current situation. It also helps us to show recruits the locker room in its best light.”

Graham thanked Kitaguchi on behalf of the entire football program, inviting him for a visit the next time Kitaguchi is in town.

“We would love to show you the floor in person,” wrote Graham.

Kitaguchi, a San Francisco resident and a former UH Mānoa tennis player, has purchased blocks of premium seating since 2011—nearly 1000 tickets at the University of Nevada at Las Vegas not long ago—for Warrior road games, so Hawai‘i fans can sit at the 50-yard-line behind the Hawai‘i bench, instead of in end-zone seats provided by the host stadiums.

“Every Hawai‘i fan deserves good seats, and every Warrior deserves a safe floor!” says Kitaguchi. “I was totally shocked and pumped up when Coach Graham used the funds for the floors, and so were the folks who donated to my fund. These last few years, I told folks that the Warrior Nation contributions would be used for recruiting, and the new locker room floors are a big recruiting tool, right?”

Kitaguchi is “totally excited” about Graham’s recruiting skills and his growing the football program. He says he hasn’t yet met the coach or seen the locker room, “but I hope to visit the campus, and my home state, in person very soon!” 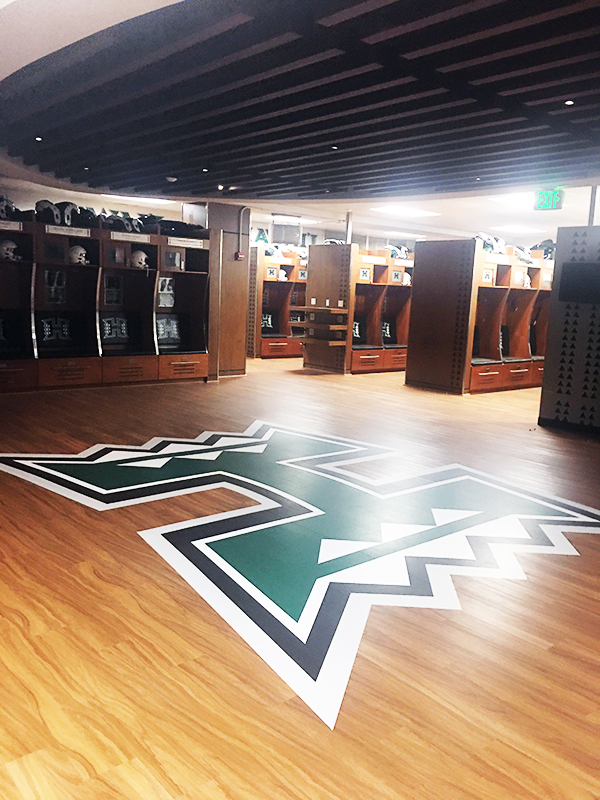