Richard Kekuni Blaisdell, MD, founding chair of the Department of Medicine at the John A. Burns School of Medicine, was revered as a kauka, or healer, in our state’s Native Hawaiian community, and as a tireless advocate for learning and increased opportunities for Hawaiʻi citizens.

“Kekuni Blaisdell’s ultimate dream was to empower the Hawaiian community, enabling it to continue his goal of reaching the underserved so they might flourish and make Hawai‘i a better place to live. I know where his heart is, and this is why Edwina and I respect him so much.”

In 1983, Blaisdell helped author a groundbreaking paper that called attention to declining health among Native Hawaiians in their native land. His scholarship and leadership eventually led to legislation and considerable funding from the U.S. Congress for programs that directly impact the health of Native Hawaiians.

A 1942 graduate of Kamehameha Schools, Blaisdell became an expert in the medical fields of hematology and pathology.

He served in the U.S. military and was appointed to the U.S. Atomic Bomb Casualty Commission in Hiroshima and Nagasaki following World War II, to study the effects of radiation on people exposed to the atomic bombs exploded in those cities.

While in Japan, he adopted a war orphan who was almost two years old. “I was single when I met little Mitsunori,” said Blaisdell. “I took him back with me to the University of Chicago where I was working. And within a year, I met a lovely nurse, Irene Saito, a Waimānalo girl. We were married and Mitsunori, we called him Mitch, was best man at our wedding.”

In 1966, Blaisdell was recruited from the University of Chicago to become the first chair of medicine at JABSOM. He served as chairman and professor of medicine, and then upon his retirement in 2010, he served as professor emeritus until his death in 2016.

“If Papa were here, he would express extreme appreciation to Dr. and Mrs. Fukuyama, and he would add that it was his privilege to teach such exceptional students as Dr. Fukuyama and others for 50 years at JABSOM. Our family owes a debt of gratitude to the Fukuyamas for keeping our father’s memory alive.”

Since the fund’s creation, 15 students have received money for costs related to studying medicine at JABSOM, including three who have been awarded multiple times. Through the award, they have come to appreciate Dr. Blaisdell and his contributions to the medical profession in Hawai‘i.

“I strive to find ways our community can honor and further the amazing work Dr. Blaisdell has done,” writes recipient Edy Kaleimomi Gomes in a thank-you letter to the Fukuyamas.

Recipient Max Castanera writes, “I know that in the near future, Hawai‘i will be filled with local, culturally competent Hawaiian doctors for the community’s benefit.”

Blaisdell sees a bright future in these young doctors-to-be.

“I’ve had the pleasure of meeting three Class of ’21 recipients, including Edy and Max,” she says. “They personify mālama (caring), kuleana (responsibility) and ha‘aha‘a (humility), and are genuinely dedicated to serving all the people of Hawai‘i, including our underserved Native Hawaiian population. Papa would call them ikaika (strong)!” 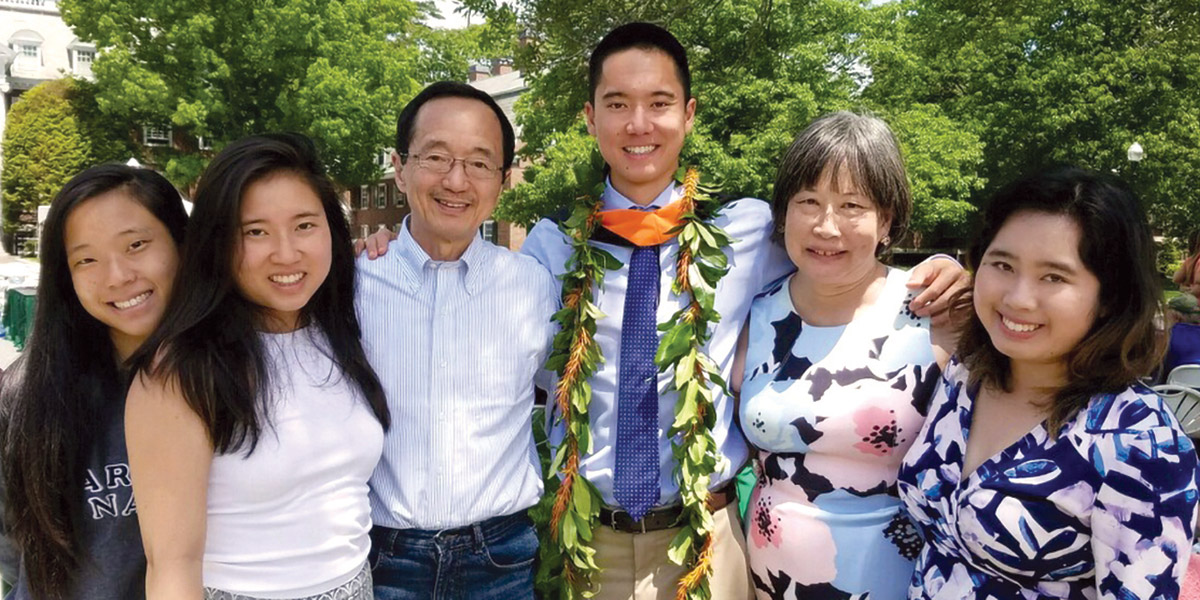 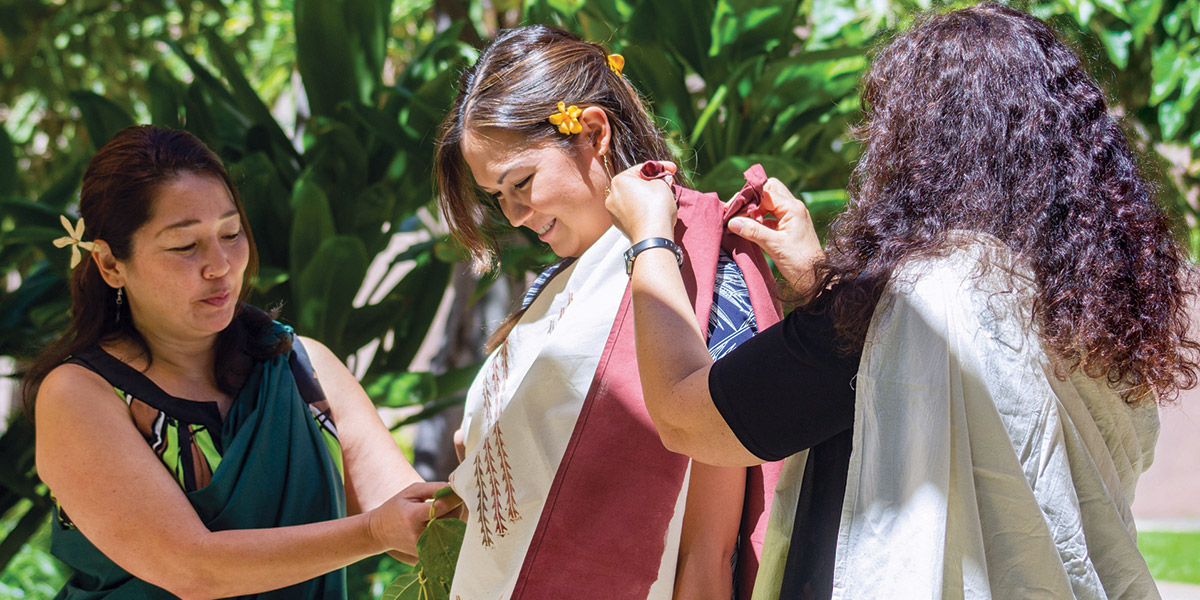 Jennifer Lyman receives her kīhei by Dr. Sasha Fernandes and Dr. Martina Kamaka on May 10, 2019. JABSOM’s annual Kīhei Ceremony celebrates the entry into medicine of new physicians of Native Hawaiian or Pacific Island ancestry. In the MD Class of 2019, a record 11 students took part in the ceremony. Photo by Vina Cristobal