“My mother was independent and mobile right up until the end—she never used a cane or a walker,” says Mary Williamson. “She fell and had a brain injury, then spent five days in a hospital.”

Helen Friend returned to her senior living home on Kaua‘i with hospice care. She’d lived there for four years following 50 years in Mānoa where she was a nurse in O‘ahu’s public schools.

“She spent her last weeks in a familiar apartment with her personal belongings, a cup of tea when she wanted it, her books, her plants, her art and her amazing view,” says Mary, who couldn’t see Helen as much as she wanted because COVID restrictions in care homes were very strict.

Mary was reassured by the comfort provided by 24-hour private caregivers. She says, “My mother was never alone in her last days, even when family could not be there. These caring people bathed and fed her, helped keep her moving, and kept her company, talking or reading with her.”

Most of Helen’s private nurses—licensed practical nurses, certified nursing assistants, and registered nurses like Helen—had full-time jobs, taking hospice care as extra work. Some, like Helen, had practiced midwifery in their home countries.

“Mom would light up when they shared their experiences with her,” says Mary. “At least in the first week out of the hospital, she spoke and interacted with them, telling them of her own days as a nurse and midwife in England, Canada, and the United States. Later, I’d tell mom about which caregivers were studying to further their nursing qualifications, and she got all wide-eyed and gave a thumbs-up. It was a nice addition to her quality of life.” 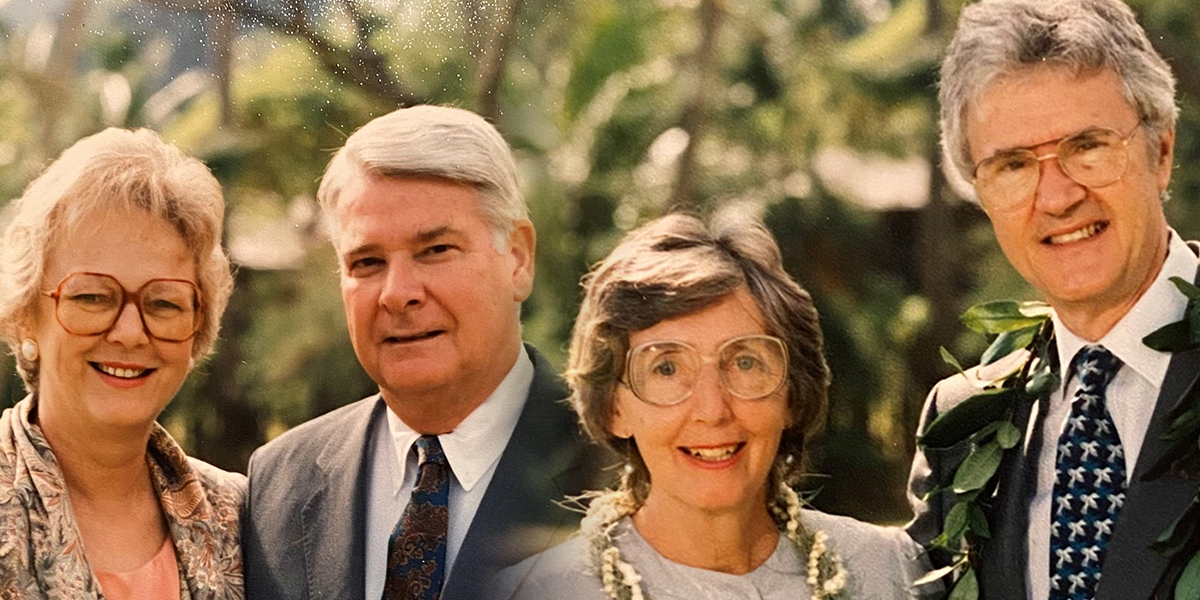 Each academic year, Mary and Binney receive a letter notifying them of their scholarship’s recipients.

“This year, one year to the week after Mom’s death, the name of one of the nursing students rang a bell,” says Mary. “At first I couldn’t figure out why, but I then looked through my payroll records for the team who took care of her last year, and sure enough, this recipient was one of them; she was with her for 50 hours in her final weeks.”

Mary emphasizes that donors do not participate in selecting scholarship recipients, to avoid conflicts of interest. “We have no say,” she says, “but clearly the universe does.”

“Mrs. Friend was one of the sweetest clients I ever had,” says Ma Suerte Rebucal. “I took care of her from 4:00 in the afternoon until midnight, and she gave me a big smile every time I came in. As soon as I arrived, I would get her out of bed and wheel her around the facility.”

Ma Suerte is a certified nursing assistant in a Kaua‘i hospital. On her days off, she works as a private caregiver. The second-year Kaua‘i Community College student is working on her associate degree in nursing.

She says, “I remember vividly one day when Mary picked a beautiful flower and gave it to her. It was magical. Although by then she had difficulty expressing herself verbally and the only word she could say was, ‘Yes,’ the smile on her face was priceless. She had been an avid gardener and lit up in recognition of something she’d grown.”

“When her time was close,” says Ma Suerte, “I could no longer bring her outside on her daily walks. I showed her items people sent, and I read her the cards from friends and family. When I told her I’m going to be a nurse like she was, she said, ‘Yes, yes, yes,’ and squeezed my hand. Her simple gestures were inspiring, and I felt great because I could tell my aspirations to someone who had the same passions as me.” 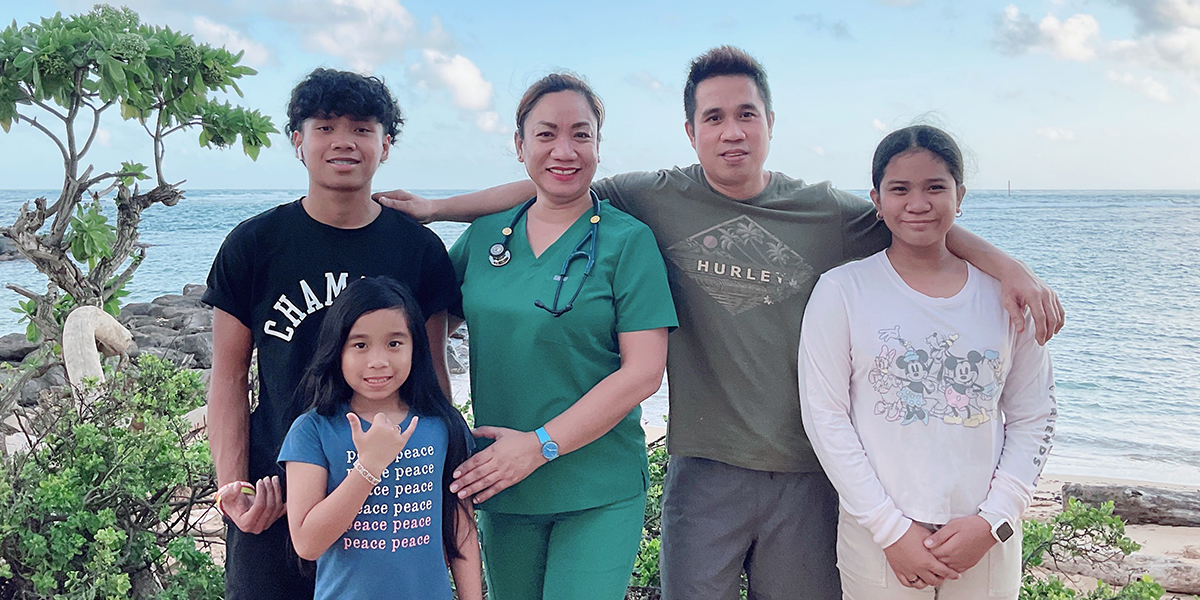 Ma Suerte, a mother of three, has been in Hawai‘i four years. The demands of nursing school forced her to cut work hours, disqualifying her from employment benefits, including medical insurance.

“My husband is the sole provider, and having him pay for insurance is another blow, but we have to endure,” she says. “I did not qualify for federal financial aid because I already earned my bachelor’s degree in education in the Philippines, and I could only apply for private scholarships. I was teary-eyed when I learned about good people like the Williamsons who extend their financial support to help us. This scholarship is keeping me afloat.”

When Ma Suerte learned about the connection between Helen and the scholarship, she says she couldn’t believe it. “Mrs. Friend has inspired me to pursue my dream, and now her family is helping me make my dream possible. I wonder if this is Mrs. Friend’s way of telling me, ‘You got this. I’ve got your back.’”