A whopping $2.85M in scholarships supported 65% of University of Hawaiʻi medical school students during the 2019-2020 school year. This growth in scholarship support also made it possible for the UH John A. Burns School of Medicine (JABSOM) to expand its largest incoming MD class size to 77 students. Many grateful doctors-to-be welcomed the scholarship donors to JABSOM with lei and personally thanked them for their selfless generosity at the medical school’s Second Annual Scholarship Dinner event at the Kakaʻako campus.

Making the Choice to Give

For Timothy In, meeting the students and witnessing their passion for medicine reassured him that he made the right choice in establishing the Stella Lau In Memorial Fund to honor his mother after losing her battle with cancer. He and his family created a scholarship for MD students interested in oncology in hopes of “increasing the doctors in that field to do research and find ways to alleviate and perhaps find a cure for cancer,” said In.

In’s mother was a Hawaiʻi public school teacher. Naturally, he and his family thought it was “fitting” that they used the monies received from her funeral service to help students pay for an education “and that’s how the scholarship came about,” he said.

Onstage, Ric Wo, longtime JABSOM supporter and parent to alumnus Shane Wo (JABSOM MD 2016) spoke directly to the students in the audience on behalf of the donors.

“We want you to concentrate on becoming a physician without worrying about finances. In typical Hawaiian style, many of us donors consider you to be our children and a part of a broad ohana so ultimately we hope you will pay it back,” Wo said in his speech.

He added, “the challenges may seem endless but also know you have a solid base and admiring supporters so, go for it at JABSOM.”

“I never thought I would be on the receiving end of a full scholarship, especially to medical school,” said Carmen Say, MD 2022 candidate. “Besides not having to worry about paying back enormous debt after medical school, it (scholarships) really makes a personal impact on our lives and we will never forget this.”

Say, a recipient of the full-tuition Weinman Queens Scholarship, was able to come home to Hawaiʻi to study medicine after working in California for several years as a clinical research coordinator at Stanford University. She would love to stay and practice in Hawaiʻi as a physician. 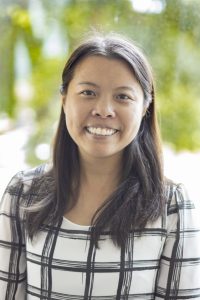