A Series of Firsts

Fifty years before the first women walked through the doors at most Ivy League schools, Alice Augusta Ball earned a master’s degree, the first woman—and first African-American woman—to do so at the University of Hawai‘i. The first woman instructor in the UH chemistry department, her work in 1916 led to the first treatment for Hansen’s disease, bringing hope to thousands of patients who had previously only known despair.

And she was very nearly lost to history.

Born in Seattle in 1892, Ball lived briefly in Hawai‘i and attended Central Grammar School. She returned to Washington, earned bachelor’s degrees in pharmaceutical chemistry and pharmacy, and accepted a scholarship from the university then known as the College of Hawai‘i. Her master’s thesis on extracting the active chemical in awa roots made her uniquely qualified for research with the Hawai‘i chemistry department, where she was the first to reconfigure an oil extract from the chaulmoogra tree for the treatment of leprosy.

Although chaulmoogra in ointment form had for a long time relieved some patients’ discomfort, Ball’s work resulted in the first injectable treatment. Other medicines for the disease came along years later, but long after her tragic death in 1916 at the age of 24, her discovery still provided the first hope. It remained the most effective treatment until the 1940s. 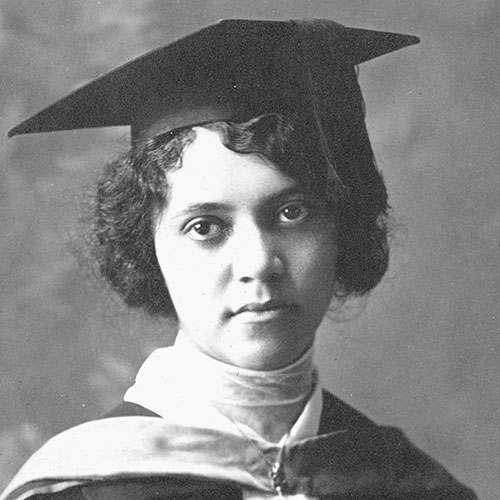 Far Ahead of Her Time

Sadly, Ball did not receive credit for her scientific contribution for many years. She died before she could publish her findings, and another chemist continued her research and published it as his own. Then in 1922, a U.S. public health officer in Hawai‘i named Dr. Harry Hollmann published an article explaining how he had approached the young chemistry instructor to apply her expertise to extracting the essence of the chaulmoogra tree. Referring to her process as “Ball’s Method,” Hollmann’s effort to give Ball her due attribution “rescued Alice Augusta Ball from the charnel houses of history, and gave her the credit she deserved for the remarkable work she accomplished,” writes Paul Wermager in a chapter he contributed to They Followed the Trade Winds: African Americans in Hawai‘i.

Wermager says the article became a critical piece of a “giant jigsaw puzzle with pieces all over.” For years, the former head of the science and technology department at UH Mānoa’s Hamilton Library has pursued the details of Ball’s life. Ball's significance reaches beyond the Mānoa campus, he says: “She was far ahead of her time, and is likely the first African-American to be published in the Journal of the American Chemical Society.” The journal published articles co-authored by Ball in 1914 and 1917. The treatment she developed was effective enough that three years after her death, 78 patients recovered and were sent home from the leper colony at Kalaupapa on Moloka‘i.

Wermager, along with colleagues who share his interest in one of the university’s early stars, works to correct history’s lapse. In 2000, the university placed a dedication plaque at the base of its lone chaulmoogra tree to honor her memory. Lieutenant Governor Mazie Hirono that same year declared Feb. 29 Alice Ball Day, and in 2007 the UH Board of Regents posthumously presented her with its Medal of Distinction. The medal is on display in Hamilton Library alongside her portrait.

A Scholarship to Help Others Change the World

Now Ball’s place in UH Mānoa’s history will be remembered in perpetuity: the Alice Augusta Ball Scholarship, endowed by Wermager, will be awarded to UH Mānoa students in chemistry, biochemistry, biology, or microbiology who typify the characteristics that Ball displayed in her studies and research.

“I hope that this scholarship will inspire other people to pursue science as a career, and to remember Alice’s life, and what she accomplished in such a short time,” Wermager says. “She changed the world. How many people can do that?”