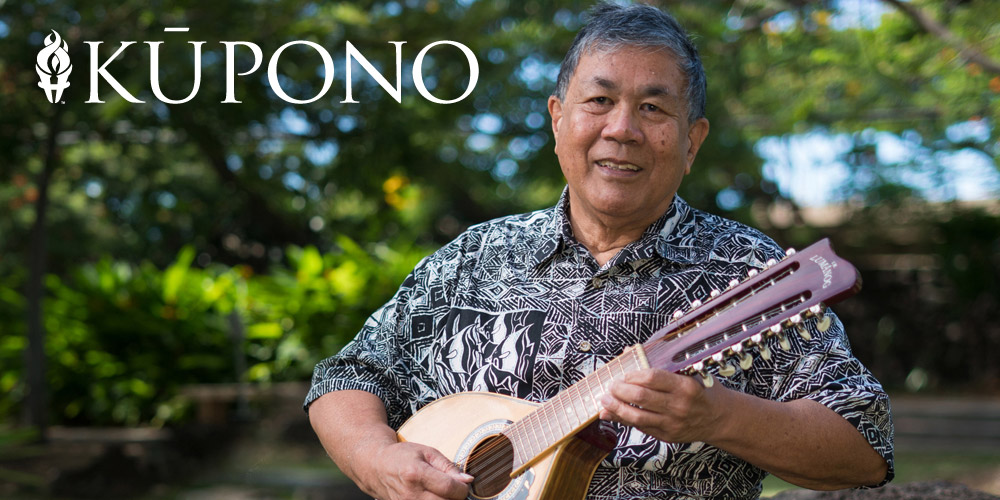 Dr. Ricardo Trimillos didn’t plan to focus his research on the music of a Muslim community in the Philippines. He played the koto, a stringed instrument from Japan. But a research trip with friends sparked a career devoted to studying Filipino culture and music.

Hawai‘i CC Alumni & Friends, students, faculty and and the community celebrated the Model Home Project's milestone 50th home this year and created an endowment. Since 1966, students in the construction trades programs have designed and built 50 affordable, custom homes for local families.

Passing the torch to the next generation

Legendary Hawai‘i entertainer Jimmy Borges once shared that he believed his 60 years of success on stages around the world wasn’t the product of a good voice. The first-ever recipient of the Jimmy Borges Scholarship shares Borges' respect for songs that tell a story.

In honor of dreams, love and loss

In this moving Q&A, UH donor Edward Llano shares his childhood love of western movies that later led to life-changing journeys to Hawai‘i. We also grieve with him as he relates his motivation to honor loved ones and the detective who helped in the quest for justice for his family's tragedy.

It takes a village to raise a child... and to get rid of little fire ants. The invasive species is so fearsome that residents of Hawai‘i Island have abandoned yards, gardens, and sometimes entire rooms in their houses to avoid the nasty sting.

Leeward CC students will benefit from more scholarships thanks to a recent $100,000 gift from Kalaeloa Partners, LP. With this new gift, Kalaeloa Partners has donated $245,000 in total to support UH students and programs.

More than 1,500 friends and fans joined Dave Shoji, the second-winningest coach in NCAA volleyball history, and other Hawai‘i stars for the Dave Shoji Aloha Ball Retirement Celebration, helping to raise funds for Wahine Volleyball and the Dave & Mary Shoji endowment.

Hōkūleʻa’s return to Magic Island marked the end of one long trek and the beginning of an epic celebration highlighted by the premiere of “Raise Hawaiki,” a composition by Dr. Michael-Thomas Foumai, a University of Hawai‘i music lecturer.

When Roger Higa connected with the UH West Oʻahu Risk Management program, his desire to combine altruism, service to the community, and philanthropy was fulfilled. Named for Higa’s daughter, the Destiny K. Higa Endowment will provide scholarships to students in the program.

The Crown Prince Akihito Scholarship Foundation was established in 1959 to commemorate the Prince’s wedding to Crown Princess Michiko. Since 1973, 148 scholarship recipients have helped to promote better understanding between Japan and the U.S.

When student caller Michael Lilly reached the impressive milestone of having personally raised $100K, we wanted to learn more about this ambitious young man and his experiences in our calling center.

Founder of L&L Drive-Inn/L&L Hawaiian Barbecue and local real estate investor, Eddie Flores, Jr., and his wife Elaine made a $1 million gift to the Shidler College of Business at UH Mānoa. The $1 million will endow a new Eddie and Elaine Flores, Jr. Real Estate Lecture Series and name the Shidler courtyard.