The Great Work of Saving the Hawaiian Language 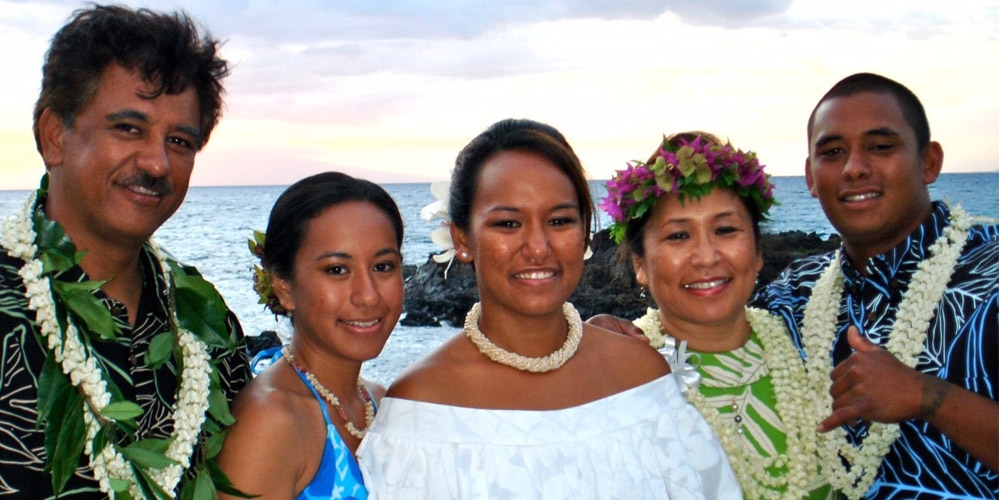 In 1841 the Kingdom of Hawai‘i instituted Hawaiian medium education in 1,100 schools, including the first high school west of the Mississippi. Later that century, the Hawaiian literacy rate was estimated to be more than 90%.

After the takeover of the monarchy, the provisional government banned Hawaiian medium education in 1896 and discouraged speaking the language at home.

Eighty nine years later, in 1985, only 32 island children under the age of 18 – including the keiki on the island of Ni‘ihau – spoke the language.

During that decade the grandchildren of the last generation of native speakers (kūpuna) chose to begin revitalizing their native language and culture by teaching their children Hawaiian. Recognizing that higher education was not producing fluent or near fluent Hawaiian speakers, they started the immersion education movement to make Hawaiian Ōlelo a living language once again.

It takes one generation to lose a language and three generations to recover it. The Hawaiian language renaissance is in the middle of the second generation. The language is still endangered but the growing number of native speakers is encouraging. As one of the immersion movement founders describes it: “Our numbers are hope.”

The 2010 census reported that 24,000 households identified Hawaiian as their dominant language.  A handful of children in the first Hawaiian immersion classes in the 1980s has grown to more than 2,500 students annually enrolled in the 11 preschool and 21 immersion and charter school sites.  Another 8,000 study Hawaiian language in other higher education settings each year.

‘Keiki Kawai‘ae‘a‘ is one of the founders of the Hawaiian immersion movement in Hawaii. Her grandparents were native speakers. She heard the language as they talked among themselves and their generation but she and her siblings were always spoken to in English. She explains, “It takes one generation to lose your language and that was my parents’ generation so when we were born we were left with that decision. Do we do something to keep the language alive or let it die?”

“What I saw in my grandparents` generation was a particular kind of joy and confidence in their Hawaiianness that I wanted for my own children. If you watched them together you saw their joy and outlook on life and their confidence outside of what they dealt with.”

When Keiki started studying Hawaiian at UH Mānoa, her grandparents knew she was serious and started speaking to her in the language. When she and her husband chose to raise their daughter to speak Hawaiian as her first language, her grandparents were somewhat concerned about what will happen to their great-granddaughter, but the family felt “a huge healing” as their native language was embraced once again.

Keiki explains, “Saving languages is part of our knowledge pool. Language contains the way we see the world knowledge that has been created by that specific group, knowledge that is unique to any other place in the world. It connects us to our identity of who we are and where we come from.  Lose the language and you lose the culture, the knowledge pool, and that way of seeing and being in the world.”

A core group of families were committed to saving the language. “We made a brave decision and kept our vision as our guiding star.  We were united.  We are still united in our purpose even with our distinct personalities.  Over time we’ve developed a collective eloquence.” They worked together on a P-20 approach where immersion education was developed from pre-school through a doctoral program at UH Hilo.

The early challenges were finding locations and teachers, developing curriculum, and creating materials where none existed. Each family with children in an immersion pre-school or school was deeply involved in that school and perpetuating the language at home as well – a commitment that continues among immersion families today. With every passing year another class was added, new teachers were hired, curriculum and materials were developed. In 1999 the first classes graduated from high school.

Two years earlier legislation was signed that established the College of Hawaiian Language at the University of Hawai‘i at Hilo, Ka Haka ‘Ula O Ke‘elikōlani. It is the first college in the United States administered and conducted entirely in an indigenous language. In 1999, Ka Haka ‘Ula began offering a Master’s degree that is followed in 2004 with a doctoral program in Hawaiian and teaching.

Sometimes on her way to work, Keiki Kawai‘ae‘a‘ drops a granddaughter off at an immersion school.  It is this younger generation – the children of the first immersion students – where there is a shift toward language recovery. Growing numbers of families where parents were raised in immersion settings or studied Hawaiian in school are choosing Hawaiian as the home language for their children – the grandchildren of the generation who chose to keep the Hawaiian language alive.

Keiki continues her commitment to Hawaiian Ōlelo as director of University of Hawai‘i at Hilo’s Ka Haka ‘Ula O Ke‘elikolani College of Hawaiian Language.  She sees her work impacting social change by “insuring that we finish teaching one generation and to begin the next.” And her colleagues join her in this dedication. “A deep understanding of the vision and mission of the college and not the wants of individuals is the driving force of Hilo’s College of Hawaiian Language. I have GREAT work.”

“As a Hawaiian language community, we have ingrained within our children an understanding of who they are, where they come from, courage, faith, patience, diligence, and excellence through the language and culture as a foundation for their future.”