The University of Hawaiʻi Foundation last fiscal year (July 1, 2021 – June 30, 2022) raised a record $165 million. It was a year that included a number of extraordinary groundbreaking gifts such as $50 million for ocean research, a grant that aims to boost the share of residents with college degrees and an endowed scholarship bequest for underrepresented students from Pacific Island countries.

“Our donors showed tremendous confidence in UH, backed by concrete support that changes lives and strengthens Hawaiʻi’s economy,” said Tim Dolan, vice president of advancement at UH and CEO of UH Foundation. “Their generous giving shows how much UH means to them as individuals and to the Hawaiʻi community.”

Among the 22,436 gifts received were those made by individuals and families in memory of loved ones, including several faculty members or their spouses. 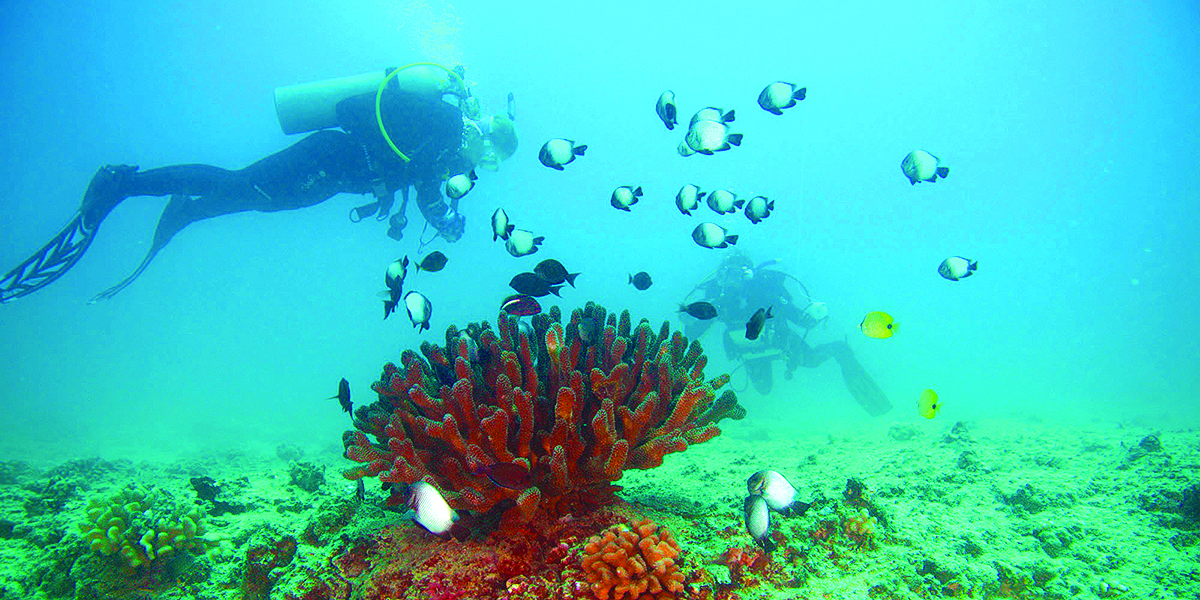 Gifts also included $50 million from Dr. Priscilla Chan and Mark Zuckerberg, the largest cash gift ever received by UH; a Lumina award establishing Hawaiʻi as a Talent, Innovation, Equity state; and a $3 million anonymous gift to the University of Hawaiʻi at Hilo that in addition to two other endowed scholarships, created the first UH scholarship for LGBTQ+ students.

Alumni and other individuals also committed substantial gifts to UH for scholarships, faculty, research and facilities, including the Residences for Innovative Student Entrepreneurs (RISE) project, which is being built across from the UH Mānoa campus under a public-private partnership between UH Foundation, UH and Hunt Cos.

“These results are a strong endorsement of UH’s strategy and effectiveness as we focus on increasing access and graduation rates, diversifying Hawaiʻi’s economy and preparing a new workforce as our faculty, students and alumni tackle the grand challenges of sustainability, energy, climate resilience, conservation and community health,” said UH President David Lassner. “Each gift to UH moves all of Hawaiʻi to a better future and underscores the value of our great public higher education system to our people, our islands and global understanding.”

“The funds raised in the last fiscal year will have a lasting impact on our students and our communities,” said C. Scott Wo, chairman of the UH Foundation Board of Trustees. “We are deeply grateful for our donors’ partnership and philanthropic investments in our university and our state’s future.”

The transformative $50 million gift from Dr. Priscilla Chan and Mark Zuckerberg to the University of Hawaiʻi at Mānoa’s School of Ocean and Earth Science and Technology, was the largest single gift for the year, a seven-year commitment to support various research groups within the Hawaiʻi Institute of Marine Biology. It was also the largest cash gift ever to the University of Hawaiʻi. 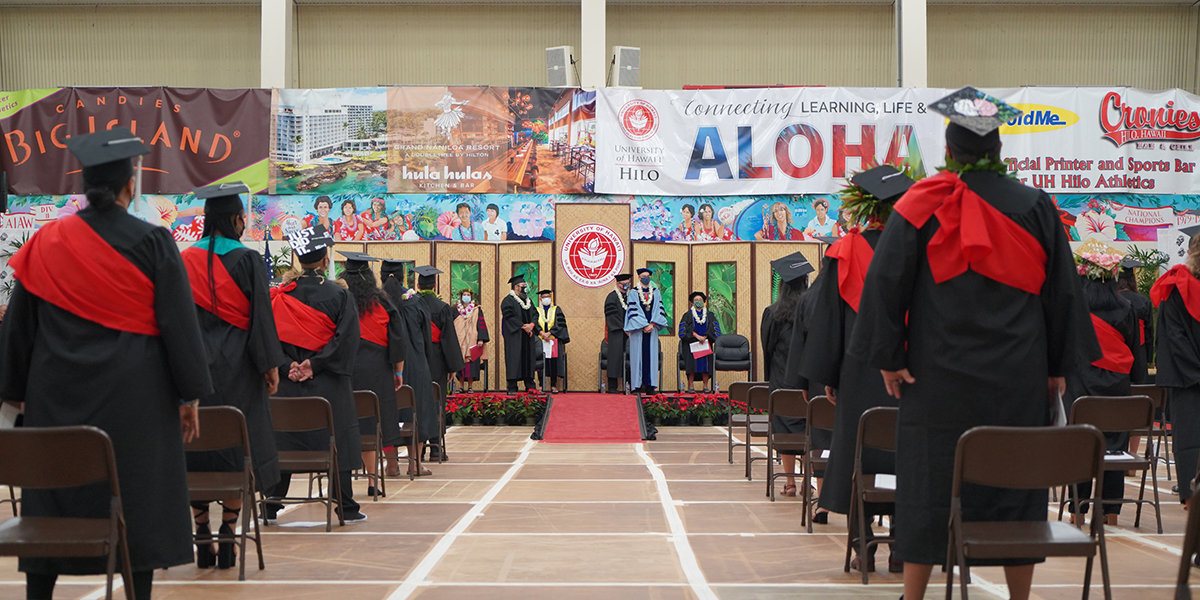 An anonymous donor’s $3 million gift to UH Hilo was that school’s largest ever, divided into three $1 million scholarships for Hawaiʻi Isle residents, first-in-family students and students who identify as LGBTQ+.

Hawaiʻi became the Lumina Foundation’s sixth Talent, Innovation, Equity (TIE) state with a $575,000 grant that UH will use to develop a strategy to increase the share of working-age adults in the Native Hawaiian, Filipino and other Pacific Islander groups with college degrees by 5 percentage points in four years.

A $500,000 grant from Oak Foundation seeded an innovative tiered mentoring program at the UH Hilo Center for Place-Based Socioemotional Development, known as The Hilo Center, that partners student peer mentors with faculty to grow and secure the pipeline to college for youth on Hawaiʻi Island. 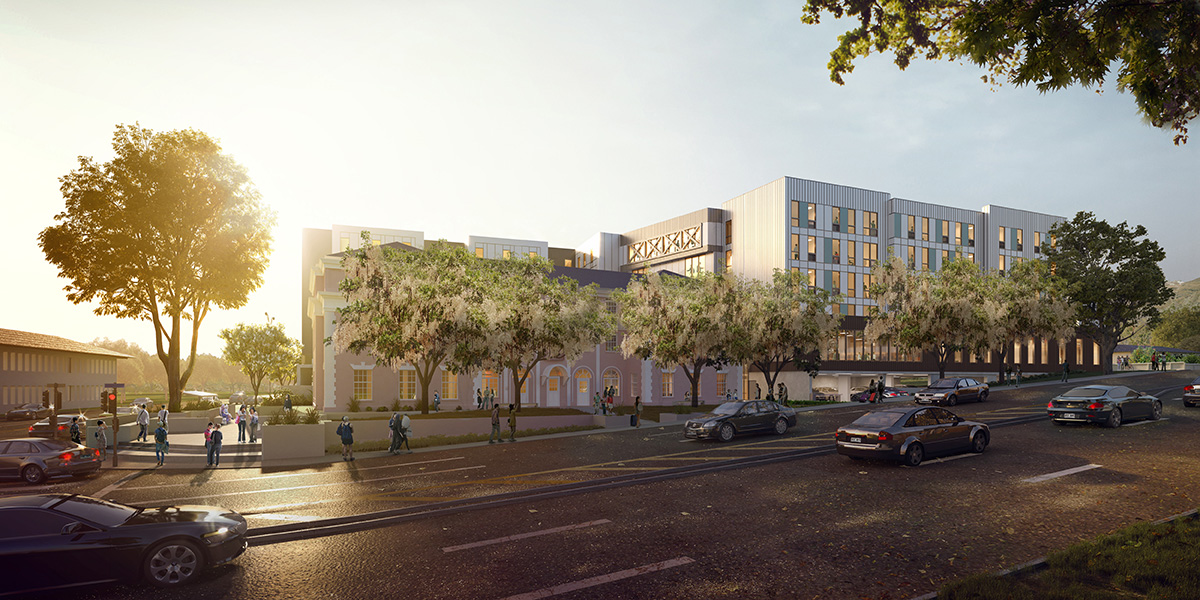 A $1 million gift from HMSA endowed a health economics professorship at the University of Hawaiʻi Economic Research Organization to help improve the economic health of Hawaiʻi. The gift has already generated important research into how health influences Hawaiʻi’s economy. Ruben Juarez, an economics professor at CSS and the newly appointed HMSA Endowed Professor of Health Economics at UHERO, recently published the first of a series of public health reports that found the Covid-19 pandemic has had significant adverse impacts on the state beyond the disease itself in such dimensions as mental health, food security, housing and poverty.

Corporate and individual donors — including Rich and Eileen Wacker; Hawaiian Electric Industries and American Savings Bank; Island Insurance Foundation; First Hawaiian Bank Foundation and Walter A. Dods Jr.; and Ben Godsey and Yvonne Chan — have invested some $3.7 million so far in the Residences for Innovative Student Entrepreneurs, a first-of-its-kind facility in Hawaiʻi. When it opens in fall 2023, RISE will combine classroom, meeting and lab space with a 374-bed dormitory for Hawaiʻi’s next generation of entrepreneurs. 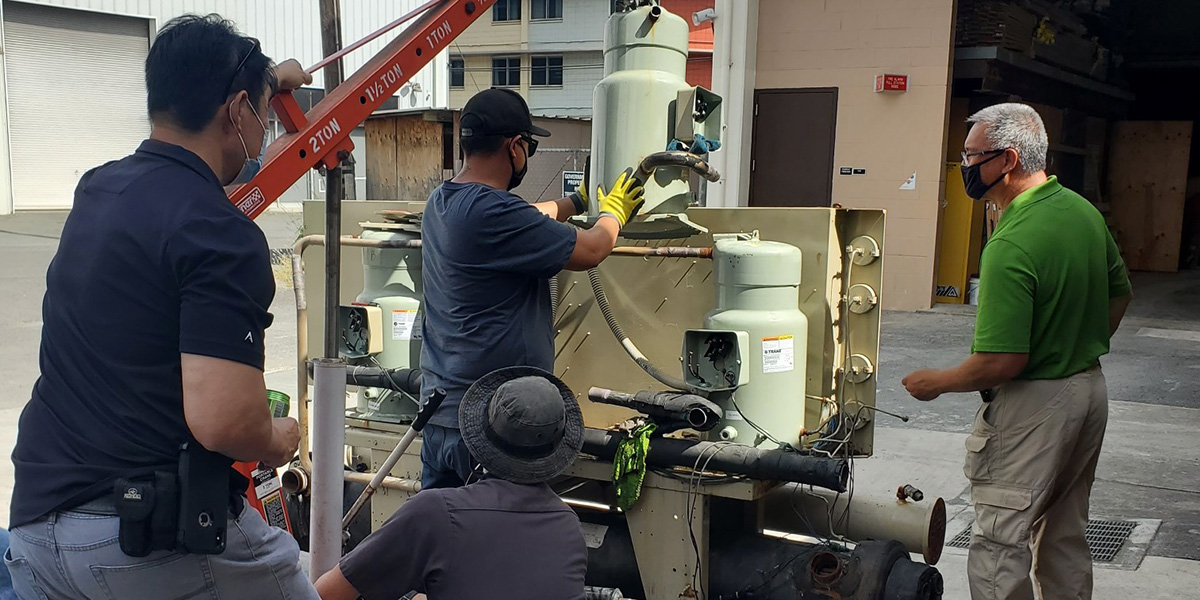 Donations from the Harold K.L. Castle Foundation and Hawaiʻi Community Foundation, along with grants from Ascendium Education Group and other partners funded Hana Career Pathways, a program that offers $2,000 in tuition assistance to unemployed or underemployed Hawaiʻi residents for short-term training at UH community colleges that can lead to credentials in health care, technology and skilled trades.

A $100,000 grant from the Johnson Controls Community College Partnership Program allows Honolulu Community College to expand its associate degree and certificate programs in refrigeration and air conditioning technology. In addition, Honolulu CC is eligible for up to three years of renewed funding, allowing the program to expand and serve future students.

Gifts totaling $500,000 from alumni couple Ken and Donna Hayashida and their engineering company, KAI Hawaii Inc., fund several initiatives at the College of Engineering and the School of Nursing, including a Vertically Integrated Project, or VIP, related to sustainability and resilience, and the Ken and Donna Hayashida Nursing Scholarship Endowment to support nursing students with helping to pay for costs associated with attendance, including tuition, books and fees. 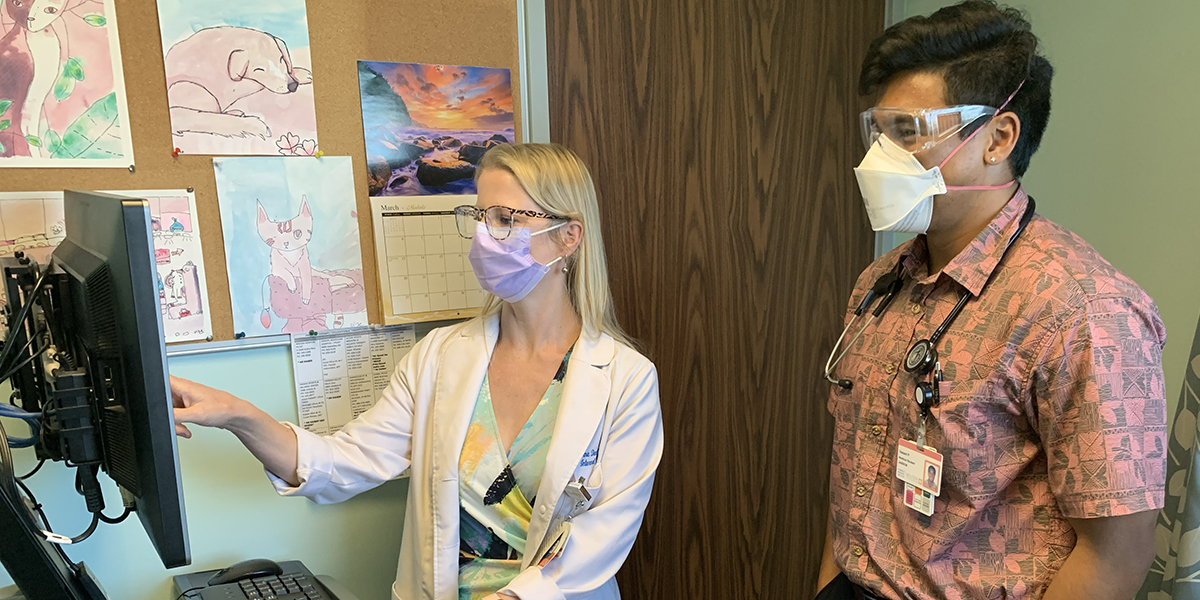 Dr. Priscilla Chan and Mark Zuckerberg followed their historic gift for ocean research with a $10 million gift to the UH Mānoa John A. Burns School of Medicine to fund a program that works to help address the physician shortage on Kauaʻi.

Hawaiʻi Pacific Health’s $749,000 gift funds medical student scholarships at JABSOM. A planned gift from Dr. Bernyce Peplowski will go toward student loan repayment for future physicians at JABSOM, in particular students from underserved areas of Hawai‘i who commit to practicing medicine in such areas in their island home. A portion of her bequest will support outreach services at Kapi‘olani Community College’s Culinary Institute of the Pacific, specifically to engage and support food-insecure seniors with healthy, sustainably sourced meals.

A $1 million grant from American AgCredit and CoBank to the UH Mānoa College of Tropical Agriculture & Human Resources builds upon their previous investment in the GoFarm Hawaiʻi program by helping the program’s graduates grow their agriculture businesses, which enhances food security and supports economic growth in Hawaiʻi.

UH Athletics programs provide an opportunity for the community to engage with UH campuses and student-athletes, many of whom have shown strong performance in the classroom as well as the field. One donor helping athletics is the Waterhouse Charitable Trust, whose gift of $1.5 million supports the UH Mānoa football program. 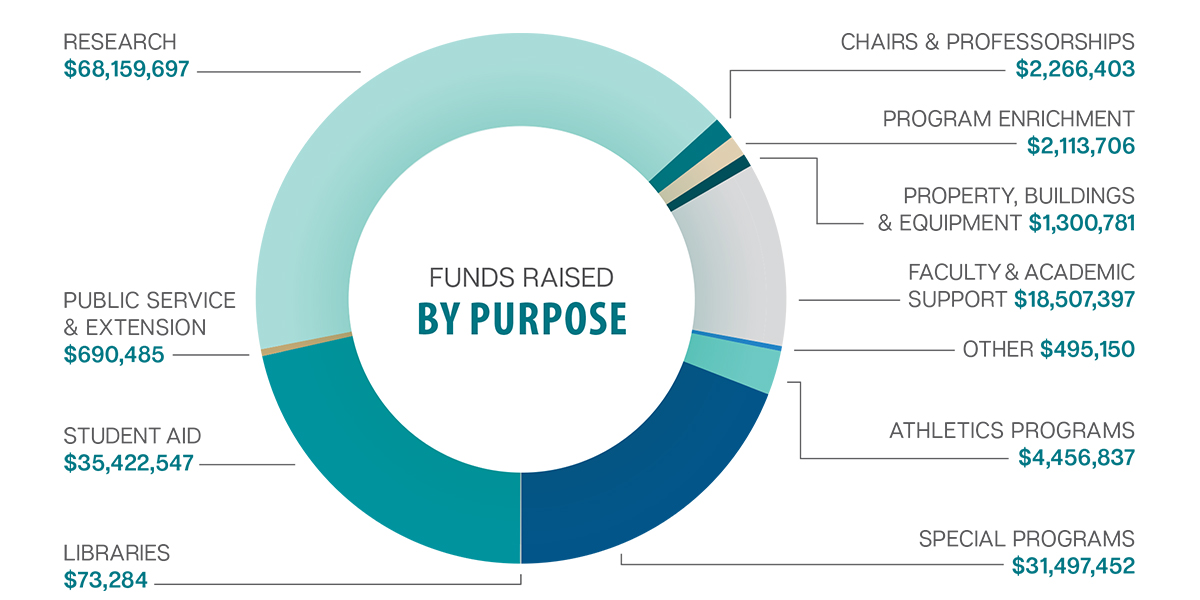 Where the money goes

Research was the top beneficiary for the fiscal year, pulling in a total of $68.16 million. While the bulk of that was the historic $50 million Chan Zuckerberg gift, the remainder of $18.16 million outpaced the previous year’s total of $13.86 million.